No one asked them. No one even informed them. The first indicator the villagers had that something was happening in the Ar Yel Mountains was the arrival of men in construction hats.

At the beginning the disturbance was minimal; it was only one or two companies undertaking site explorations and tests. But by 2014, eight companies were “tearing the mountains apart” in their quest for manganese dioxide. That, said the villagers, was when the problems really began.

The companies clear cut swaths of forests, ploughing under the trees the nearby communities used for cooking fuel and displacing the animals they hunted for food. They dumped toxic sludge into mountain streams, turning the communities’ drinking and bathing water black. And they left heaps of mining waste exposed. When it rained, the waste washed into the rice plantations below.

Then there was the dust. Trucks hurtled along the Sili Nyauk – Maw Twee road all day and night, clouds of thick toxic dust trailing behind them and clumps of the brittle mineral tumbling from their uncovered loads. The people living and working along the route reported that breathing had become difficult. Farmers reported that their crops were failing. One family whose fields once yielded 80 baskets an acre said they were now producing only 30. The loss of income meant that they could no longer afford to send their children to school.

Altogether, 25 villages in this ethnic minority region of Eastern Shan State were affected. A total of 6,910 people, whose health, wellbeing, and livelihoods suffered due to the manganese mines.

Fifteen years ago, Daw Nang Nwe had made one of these 25 villages her home. She had established a shop selling pork along the main road, was liked and respected by her fellow community members, and was elected the head of the local religious association. But the situation was becoming too much. The toxic dust had not only invaded her lungs, it had infected her skin. Red itchy bumps formed across her face and hands. The doctor told her she had to stay away from the dust — and that meant closing her shop. “I was very angry. I wanted to move”, admits Daw Nang Nwe. “But I talked to my family and they said no, we need you. Stay, and together we will fight.”

So Daw Nang Nwe stayed and fought. Together with other village leaders, she spoke with the companies and wrote to the Township General Administrative Department. But their efforts had minimal effect.

Several community members ended up reaching out to paralegals working with Namati’s partner Than Lwin Thitsar (TLT), which had been assisting communities to address land and environmental rights for several years.

TLT’s paralegals began by holding education sessions with all the affected villages on key laws and policies related to mining and the environment. It quickly became clear that the companies were failing to comply with numerous laws. Something could be done, but first, the paralegals said, they had to determine what it was they wanted. A number of people thought it best to be more cautious with their requests, asking only for the companies to comply with the law. But the majority felt otherwise: they wanted the companies gone. 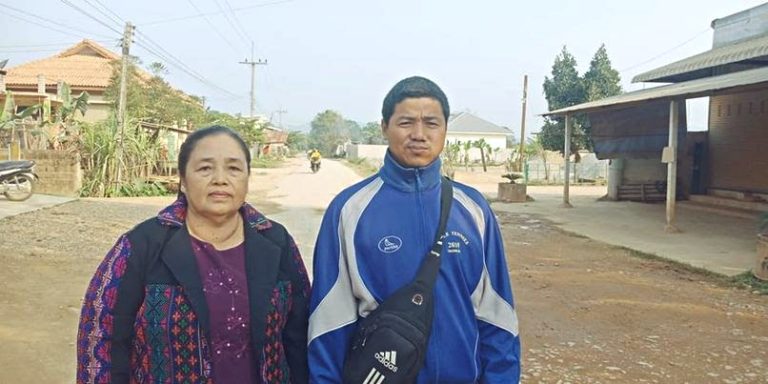 With that mandate, the paralegals and representatives from each village, including Daw Nang Nwe, started building their case. They dug deeper into the legal clauses, gathered evidence of violations, and composed their first official letter stating their demands. “We felt more powerful with paralegal guidance,” recalls Daw Nang Nwe. “We learned how to use the law, and it made us more confident.” The difference in their approach led to a new response; within three months the government had visited the village tract to discuss the issues and see the problems first-hand.

The swift response was promising, but they knew it didn’t necessarily mean a solution would follow. The laws and guidelines around mining and environmental conservation were largely new; they had rarely, if ever, been evoked by ordinary people and were equally untested by the government. Anticipating setbacks, Namati, TLT, and the communities continued their legal research and in doing so, they made a game-changing discovery: none of the 8 companies had valid mining permits.

Whatever reservations or doubts the communities had before were gone. The information, said Daw Nang Nwe, “was good for us. It motivated us. We realized ‘we can fight with this.’” And that they did.

Confronted with the fact that the mines were operating illegally, the government ordered the companies to cease all operations in Al Yer Mountains. Rural villagers, from one of Myanmar’s ethnic minority groups, had successfully achieved the closure of 8 unlawful mines.

More than a year has now passed since the closures. The mountain streams are once again running clear, the forests are showing signs of renewal, and the toxic dust that choked crops and people alike is no more.

As for Daw Nang Nwe, her rash has healed and cough subsided and she is happily back to running her shop. No longer does she think about leaving the community that she made a home. If the mines return, “we will keep pushing”, she says. “We will never stop fighting to ensure they follow the law.”