Transparency International’s Global Corruption Barometer is the most extensive worldwide public opinion survey on views and experiences of corruption. Since the first edition in 2003, Transparency International run the survey 9 times, the last wave of data being collected in the period 2015-2017 from more than 162'000 respondents across 119 countries.

The Global Corruption Barometer asks for people’s views on corruption in their country generally, how the level of corruption has changed and in which institutions the problem of corruption is most severe. It also provides a measure of people’s experience of bribery in the past year across six different services.

The Land Portal includes only a selection of the information collected in the GCB and features country-level aggregated indicators specific for the land sector, including the Incidence of bribes paid to institutions or organizations for land services (2009, 2010, 2011, 2013), the Perception of ''petty'' corruption for land services (2009 only) and the Perception of "grand" or political corruption in land matters (2009 only).

According to the 2013 edition of the GCB, the land sector exhibit one of the highest bribery rate among public services: globally, 21% of the repsondents who needed land services declared they had to pay a bribe.

The Land Portal also host TI's data for the Corruption Perception Index, which differs from the GCB. Whilst the latter (GCB) is a public opinion survey that offer views of the general public on corruption and its impact on their lives, the former (CPI) relies on the views of experts.

For more information around the TI's GCB please visit "Global Corruption Barometer: Citizens’ Voices From Around The World" or read the latest GCB Report. 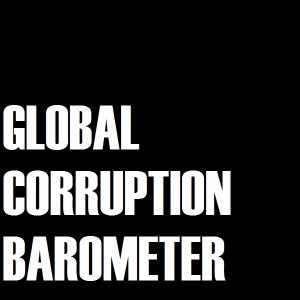 One global movement sharing one vision: a world in which government, business, civil society and the daily lives of people are free of corruption.

In 1993, a few individuals decided to take a stance against corruption and created Transparency International. Now present in more than 100 countries, the movement works relentlessly to stir the world’s collective conscience and bring about change. Much remains to be done to stop corruption, but much has also been achieved, including:

To know more details about reproducing and using Transparency International work, you can consult https://www.transparency.org/permissions