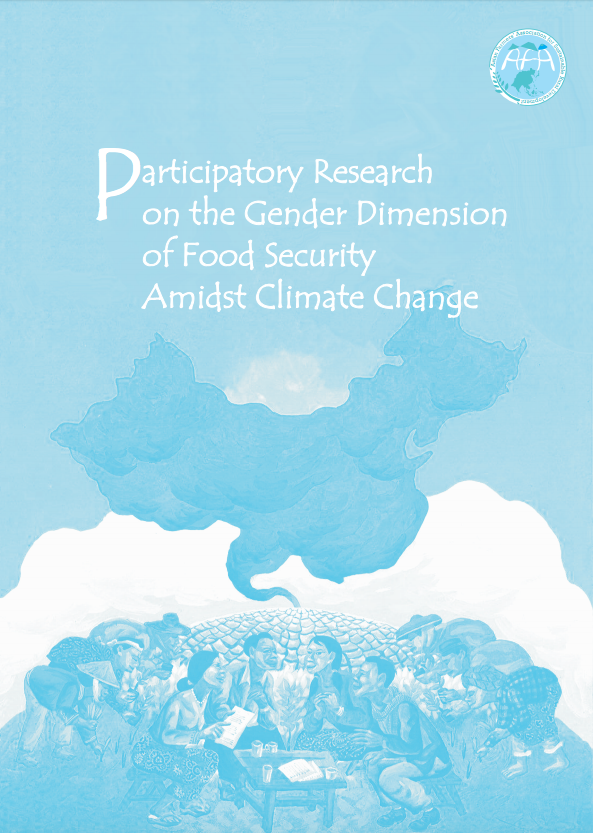 Addressing the problem of hunger in a world where food production systems, particularly in developing countries, are being eroded and undermined by climate change is one of the most important challenges of our time. Studies by the Food and Agriculture organization (FAO), Oxfam and the Asian Development Bank, among others, underscore the significance of climate change impacts on agriculture and food production (FAO 2007, Oxfam 2009, ADB 2009).

In Southeast Asia, where bulk of the country's poor depends on rainfed farming for their food and livelihood, droughts and extreme weather conditions associated with climate change are directly linked to issues of hunger and poverty. Women, on account of the important roles they play in the production, gathering, preparation and household resource allocation for food, are particularly vulnerable to vagaries in long-term weather as these affect food access.

The need for a global response in addressing this issue is crystal clear, as climate change emphasizes the interrelatedness of countries especially in terms of environmental concerns. It has been scientifically established that the cumulative green house gas emissions, mostly from developed countries, have greatly contributed to the drastic transformation in weather patterns, the effects of which are strongly felt by poor farmers in rural communities across Asia and the world.

Hence, addressing the causes of climate change and developing measures to help communities adapt to its negative effects are extremely relevant to small men and women agricultural producers, especially in developing countries where governments have limited resources to build climate resilience. The United Nations Framework Convention on Climate Change negotiations serves as the official venue to discuss global initiatives on climate change mitigation and adaptation. The Asian Farmers Association believes that discourses at the UNFCCC level must always integrate the inputs of small men and women agricultural producers, especially from developing countries, in order to ensure that local, national as well as international responses to climate change and food insecurity by governments are appropriate and grounded to the realities of those who are most affected by this global concern.

This research is envisioned to help contribute to current discourse on these issues by generating information on the gender dimension of climate change and food security, and using these as bases in building small men and women farmers' advocacy agenda on the same. The paper used gender as the specific prism in understanding these issues, not only on account of the fact that women are the most vulnerable to climate change and food insecurity, but also because they have the best potential to take on central roles in promoting food security and climate resilience. The capacity of women to realize this potential is clearly demonstrated in the results of the study, where women take on active roles in developing mechanisms that allow them, their families and their communities to survive and cope with the challenges brought about by climate change.