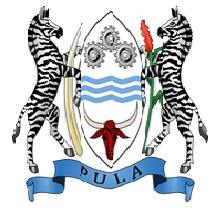 Formerly the British protectorate of Bechuanaland, Botswana adopted its new name at independence in 1966. More than four decades of uninterrupted civilian leadership, progressive social policies, and significant capital investment have created one of the most stable economies in Africa. The ruling Botswana Democratic Party has won every election since independence; President Ian KHAMA was reelected for a second term in 2014. Mineral extraction, principally diamond mining, dominates economic activity, though tourism is a growing sector due to the country's conservation practices and extensive nature preserves. Botswana has one of the world's highest known rates of HIV/AIDS infection, but also one of Africa's most progressive and comprehensive programs for dealing with the disease.

Botswana is a parliamentary republic.

This Order concerns the granting of planning permissions and other measures aimed at control of development and to carry out proper planning. The Order shall apply to planning areas and implement provisions of the Town and Country Planning Act. Generally, any development of any class specified in the first column of the Schedule may be carried out without planning permission.

The constitution was promulgated by Queen Elizabeth II through an Order in Council at independence.

An Act to make provision authorizing the acquisition of property for public and other purposes, and for settling the amount of any compensation to be paid, or any matter in difference.