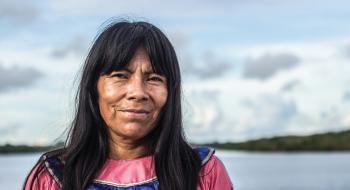 This project aims to strengthen the National Protected Areas System and to support sustainable land use and restoration practices in selected areas of the Dry Corridor of Nicaragua, in order to foster biodiversity conservation, resilient landscapes, and local livelihoods.

The Central America Dry Corridor is a tropical dry forest region of Central America that stretches from the Pacific Coast of Chiapas to the western part of Costa Rica and the western provinces   of  Panama. It has irregular rainfall and has become extremely susceptible to climate change and variability. During the years of the El Niño (ENOS) oceanic- atmospheric phenomenon, long hot dry periods—with disastrous consequences on the growth of the grain crops that are part of the region’s subsistence agriculture— alternated with years of intense rains, with tropical storms that often had devastating effects. Frequency and intensity of droughts and floods have increased lately, as marked by ENOS, climate change, socioeconomic vulnerability, and environmental degradation (FAO*).

Nicaragua is one of the poorest and least developed countries in Latin America and the Caribbean (LAC). Despite recent significant economic growth, 53 percent of its municipalities are extremely poor; most of them are located in the Dry Corridor and the proposed project area.

In Nicaragua, the Dry Corridor region is crucial to the country’s economy, with its agricultural production supporting the entire country, but the severe degradation of natural resources has led to about a 30 percent decrease in national agricultural production. The region is also very vulnerable to natural hazards, and to increasing land degradation that is also affecting  biodiversity and ecosystems. Droughts, floods, hurricanes, and   tropical   storms  are recurrent in the region, and Nicaragua is one of the countries that suffers the most from such extreme weather events. Since 2012, droughts have caused severe social, economic, and environmental impacts, affecting ecosystems, agricultural production, food security, local   livelihoods, and extensive damage to the rural economies of Nicaragua and other Central American countries.

The project targets an area of around 491,617 hectares (11 departments and 32 municipalities),  comprising 15 protected areas and 5 biological corridors, in order to increase the connectivity of protected  areas  within these landscapes.

The Global Partnership on Forest and Landscape Restoration (GPFLR) is a proactive global network that unites governments, organizations, academic/research institutes, communities and individuals under a common goal: to restore the world’s lost and degraded forests and their surrounding landscapes.