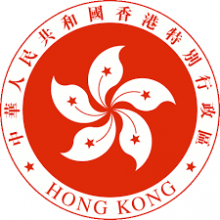 Preamble: "Hong Kong has been part of the territory of China since ancient times; it was occupied by Britain after the Opium War in 1840.  On 19 December 1984, the Chinese and British Governments signed the Joint Declaration on the Question of Hong Kong, affirming that the Government of the People's Republic of China will resume the exercise of sovereignty over Hong Kong with effect from 1 July 1997, thus fulfilling the long-cherished common aspiration of the Chinese people for the recovery of Hong Kong.