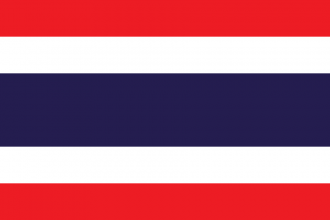 This publication provides the text of general conventions, declarations, resolutions and decisions adopted by international organizations, international NGOs and international and arbitral tribunals on international rivers, lakes, relevant basins and underground aquifers. It provides easy access to a vast body of sources of international water law.

A robust regulatory framework for the corporate governance of water user's organizations is a fundamental ingredient of irrigation management transfer policies. The present publication offers a comparative analysis of the contemporary legislation of a wide variety of countries, providing the needed regulatory framework for water user's organizations to function and grow.

FAO's AQUASTAT programme, initiated in 1993, aims to meet the demand for information on water resources and use at regional level, with particular emphasis on irrigation and drainage.

In developed and developing countries all over the world, farmers and indigenous and local communities have traditional knowledge, expertise, skills and practices related to food security and to food and agricultural production and diversity.

The China Forest Tenure Project was implemented by the State Forest Administration (SFA) and the Food and Agriculture Organization of the United Nations (FAO). An appreciation of the lessons learned from the project requires an understanding of the context in which it operated.

The Bahamas became an FAO member state in 1975. Cooperation has focused on strategic development and increased competitiveness of the country’s agriculture and fisheries sector, with FAO interventions comprising policy and legislative support, technical development projects and rehabilitation and emergency assistance.

The massive increase in demand for woodfuel for cooking caused by sudden influxes of refugees and other displaced people is usually the main driver of forest degradation and deforestation in displacement settings. It places enormous pressure on nearby forests and woodlands and is often a source of tension between the host and displaced communities.

This handbook has been prepared for the training workshop on innovative methods of amelioration and use of salt-affected soils, which takes place in Kharkiv, Ukraine, in September 2017. This workshop is conducted within the framework of the Implementation Plan of the Eurasian Soil Partnership, which is a sub-regional affiliation of the Global Soil Partnership.