Unresolved disputes and disorder, can be addressed through the judicial system. However, the process is expensive, slow, unscalable, and does not focus on reconciling individuals, families and communities. Through the lens of beneficiaries, this article reveals the importance of alternative dispute resolution in land reforms, particularly adjudication committees.

In 2020, Medici Land Governance signed a memorandum of understanding with Zambia’s Ministry of Lands, Natural Resources and Environmental Protection to issue four million certificates of title through a Systematic Land Titling Program. Outcomes of this program are to promote tenure security, sustainability, economic development, full financial inclusion by helping individuals establish formal ownership of their properties and land. This process has uncovered 774 ownership and boundary land disputes in various communities of Kafue District, Lusaka and Copperbelt Provinces.

The Systematic Land titling Program also assists community members with land-related disputes for free through a constituted adjudication committee. This adjudication committee comprises of trained lawyers from Medici Land Governance, the Ministry of Lands, Natural Resources and Environmental Protection and the Administrator Generals Office. Alternative dispute resolution methods, such as mediation and negotiation, to resolve disputes quickly and cost effectively are used. Through this committee, disputants have a chance to be heard as it is flexible and responsive to the needs of the parties involved. The process is confidential, preserves goodwill and deescalate conflicts, which is especially important in situations where there are continuing relationships.

Majority of the reported disputes reflect differences in social position and competing interests between two or more parties over property or land. Most conflicting interests reported in the Systematic Land Titling Program have been centred around the rightful owner(s) of the land, exclusion of others from the land, ability to manage the land, generate an income, transfer the land, and receive compensation from the land.

As described in the testimonials below, land titling can bring latent disputes to the surface. Such disputes can prevent land owners from enjoying the full benefits of their property, and hinder economic development. The importance of the adjudication committee cannot be overlooked in land titling. 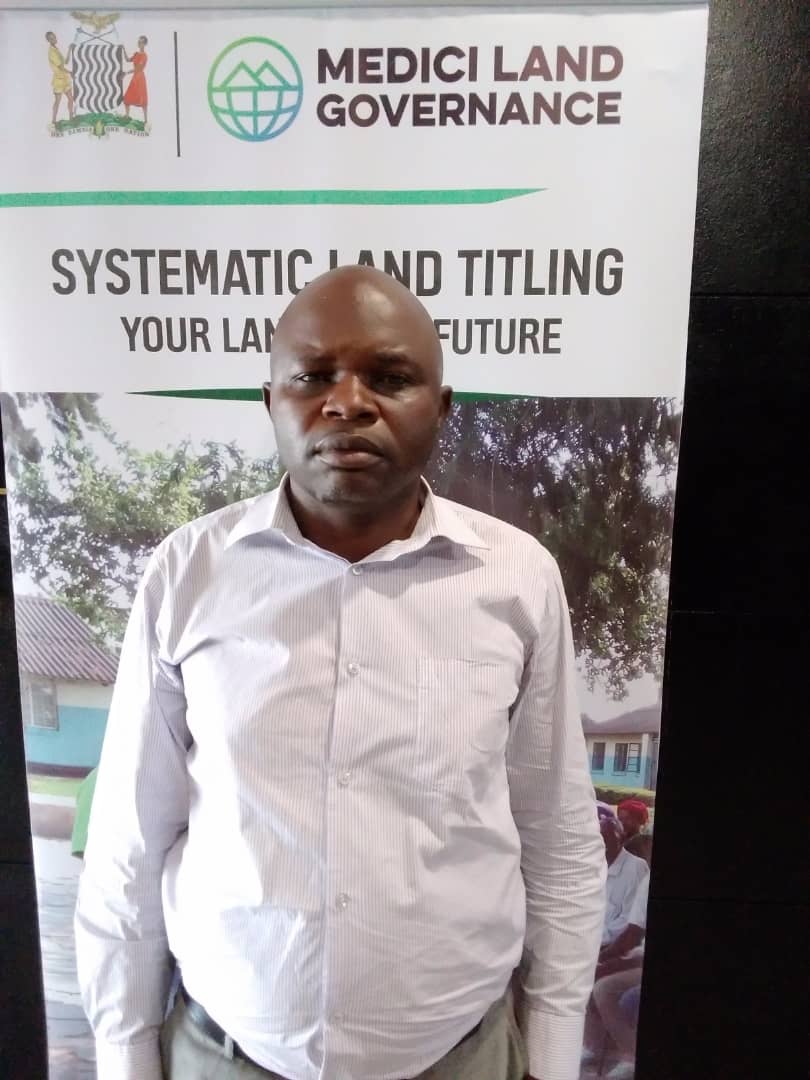 ‘’The dispute began when I sold a piece of land to my cousin, little did I know that after submitting the required documents to the Ministry of Lands, a person I don't know would access them and claim ownership of my land. Although at the time I had already began construction works on the land. I later sold the land to my cousin who did not pay me in full as agreed. However, he began to complain that his rental payments were becoming expensive, and that he wanted to occupy the land I had sold to him. I therefore, decided to accommodate him on my other property temporarily. Without my consent, during the Medici Land Governance and Ministry of Lands enumeration process he registered the property I temporarily accommodated him on as his. He later requested that I avail him my National Registration Card, which is used as a supporting document amongst others to prove ownership during enumeration. It was at that point I started to investigate his motives. I then discovered that he had registered the land I temporally accommodated him on as his property. I reported the issue to Medici Land Governance and with the Ministry of Lands they assisted us in resolving the dispute. In our own capacity, I don’t think we were going to manage to sort out that problem. I am happy with the process that we went through to have the dispute resolved, because the title is now in my name. Now that the dispute has been resolved I have managed to acquire the certificate of title. I now live in harmony, and peace. I would not hesitate to tell other land owners that when there is a dispute and people are not able to resolve it, it’s important that they report it to Medici Land Governance and access the adjudication committee. The dispute I had was resolved in a good and peaceful way. I am happy about it’’ 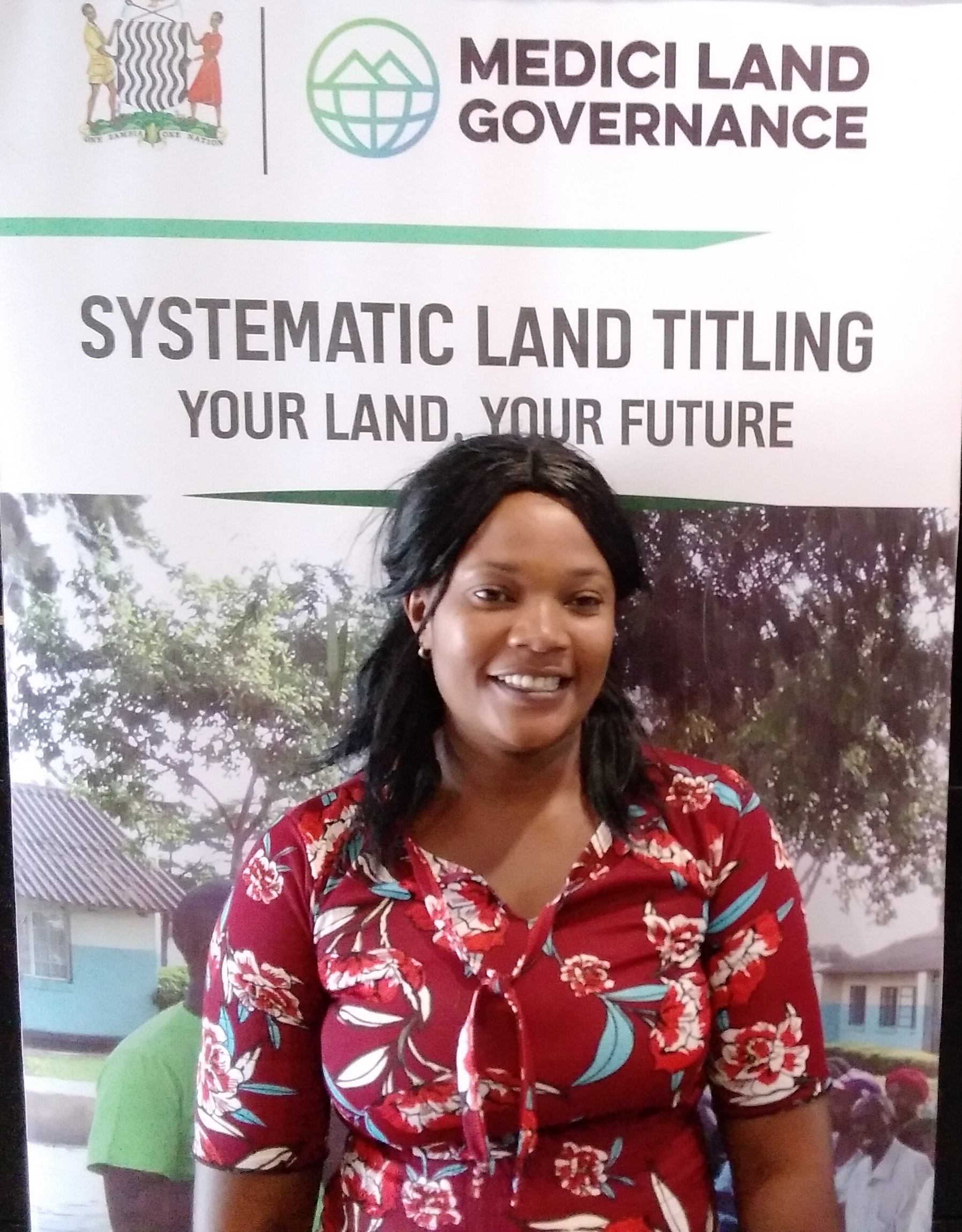 ‘’When my husband and I divorced the court ordered that the house should be in my name in-trust for the children. This court judgement did not sit well with the other parties as they interpreted it in a way that suggested that the property will belong to me. The troubles remained this way until the lawyers from Medici Land Governance and  Administrator Generals Office came to hear our dispute and clarified to the other parties that the court judgement did not mean the house will be mine permanently, but it will be in my name only in-trust for the children until they reach the required age to have the property registered in their names. I was happy with how Medici Land Governance and the Administrator General’s Office helped us by simply using the judgement of the court to show that there is no one who is above the law, and we must therefore abide by the court’s judgement’’. 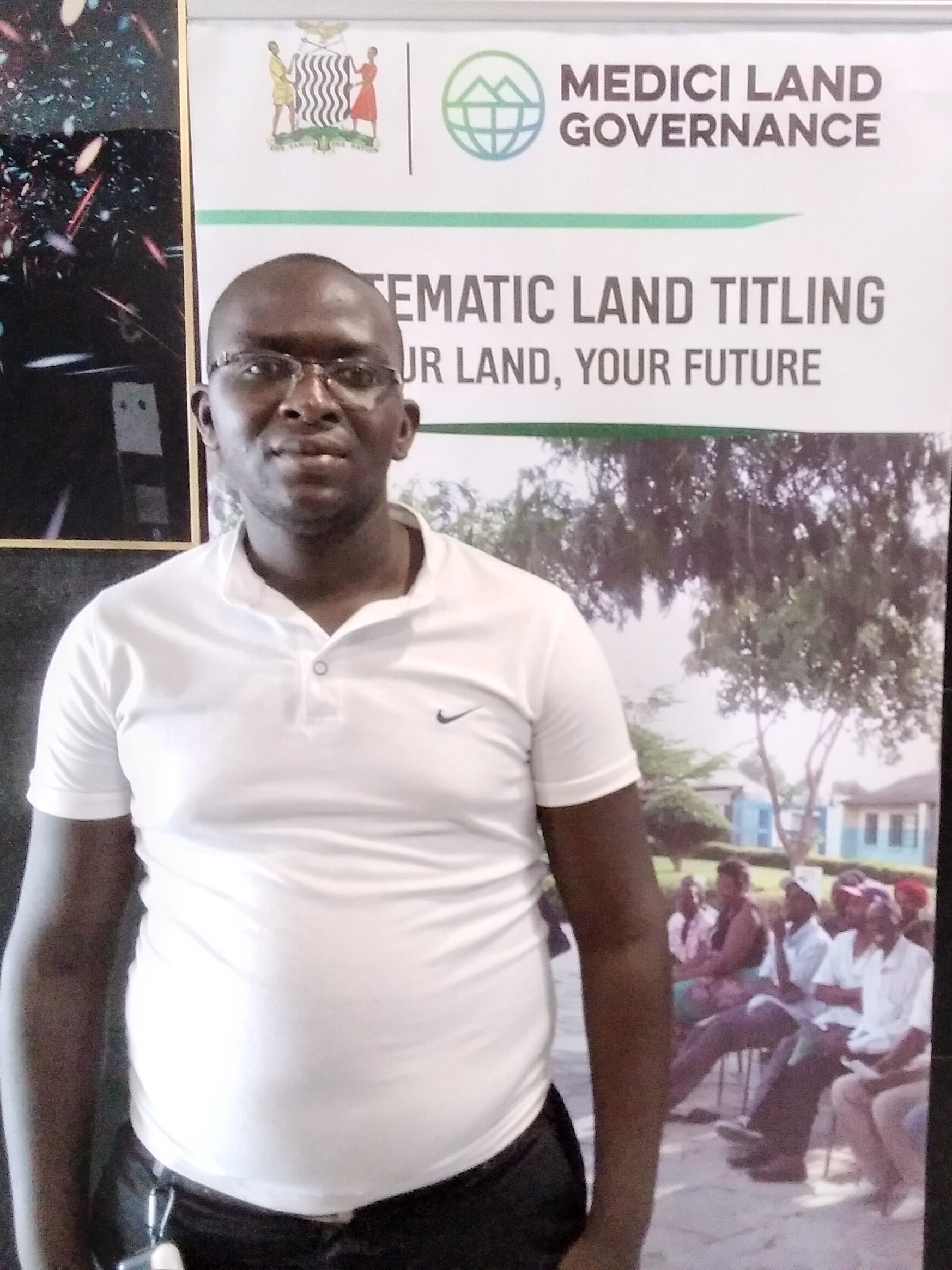 ‘’The dispute that we had was land-related and was an issue of the family members having traditional beliefs. The traditional belief was that when one dies, the properties he leaves behind must be inherited by the brothers of the deceased and not the children of the deceased. When Medici Land Governance and the Ministry of Lands came in my community to register properties for land titling, the requirements given by the enumerators were that the original owner is the one who should be enumerated; in this case, it was my deceased father. Because of these traditional beliefs, the brothers to my father decided to get registered as owners of the property. We reported this issue to Medici Land Governance who also engaged the Administrator General’s Office, we were assisted as a family through mediation sessions. The lawyers interpreted the provisions of the law regarding inheritance and how property is distributed when one dies without leaving a Will behind. I am happy that the house that was grabbed from us has now been given back to us and has been registered to us as the children of the deceased original owner, who was our father. Ever since the dispute was resolved, things have been okay. What we have managed to achieve is that my brothers are now able to pay their own school fees from the amount of money they are making from the house that was grabbed from them as it was put on rent. I would advise other landowners that Medici Land Governance and the Administrator Generals’ Office are the best, and if they take their dispute to court the process takes long for disputes to be resolved. But if they resolve their disputes through the Medici Land Governance adjudication committee, the process is faster and the dispute will be sorted according to the law because the law is applied fairly. My experience with Medici Land Governance is that they are patient and they understand everyone. They do not look at someone based on their qualifications or financial status’’. 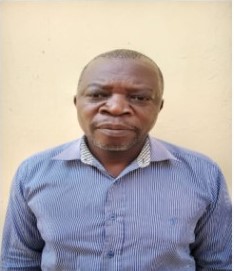 ‘’We had a dispute with my neighbour regarding a boundary, on land I bought a couple of months ago. Medici Land Governance through its adjudication committee intervened and helped us resolve the boundary dispute. They resolved this by sending their lawyer to our community to see where our boundary dispute was. The dispute was resolved well, the lawyer properly resolved the matter and we signed the dispute resolution form including all the parties involved. I am so grateful to the lawyers from Medici Land Governance and Ministry of Lands regarding how they resolved this problem. We really appreciate the services rendered by Medici Land Governance and the Ministry of Lands in the way they resolve disputes. May they continue with their good work’’. 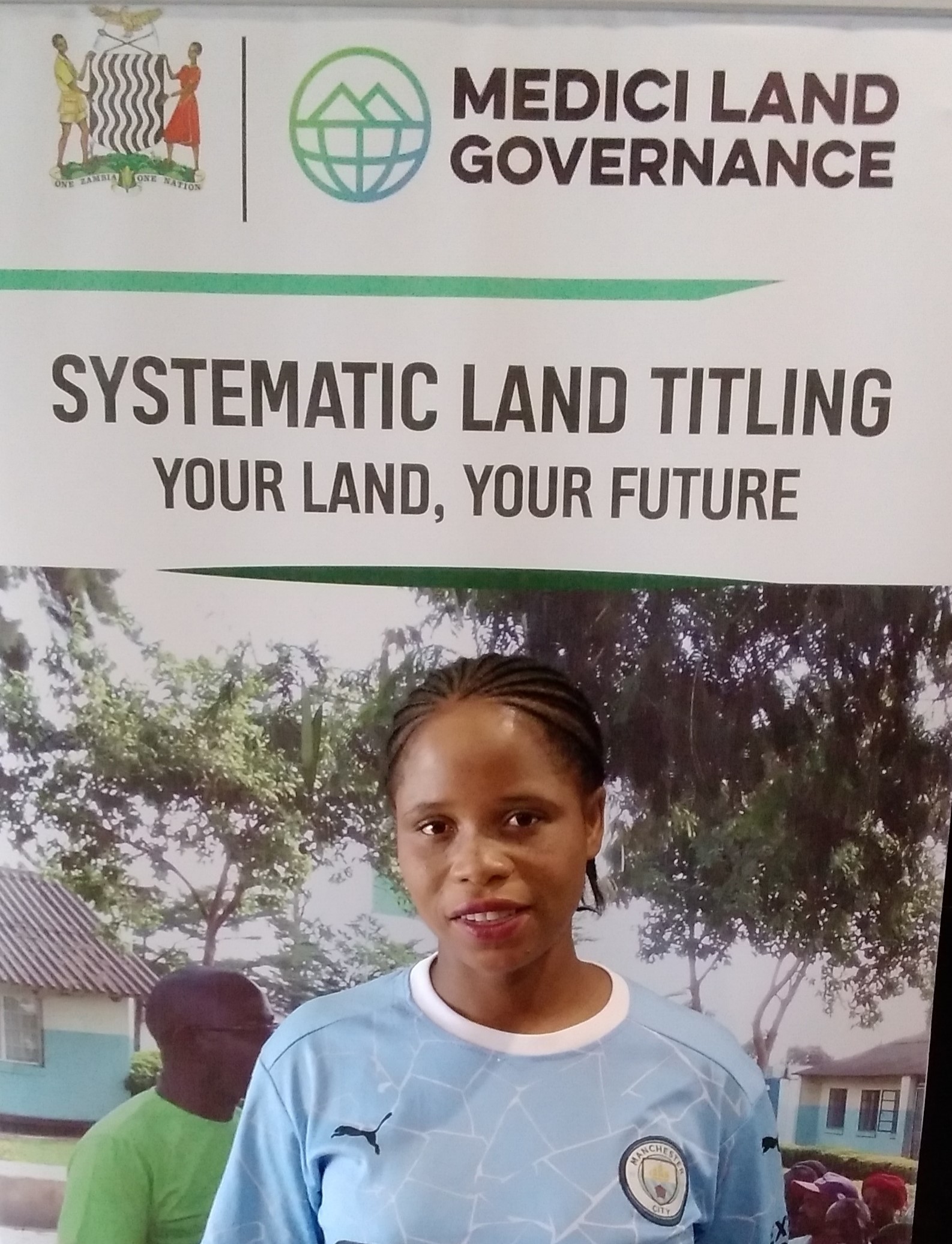 ‘’The dispute began after an argument with my aunt because she wanted both our names to appear on the certificate of title. I refused and told her it’s not possible for both of us to be on the title when I am the surviving child to my deceased father. However, she still insisted to be included and claimed to that she had made monetary contributions to the construction of the house, and this made me so upset and angry. Medici Land Governance through the adjudication committee assisted us to resolve the matter. Before the resolution there were never-ending arguments between my aunt and me. I would therefore advise other people with disputes that they should not use anger, but instead follow the direction of the lawyers from Medici Land Governance and Administrator general’s Office. I am happy because there was no corruption, and the dispute was resolved in a proper manner. I would like to thank Medici Land Governance and Administrator General’s Office for all their effort’’.