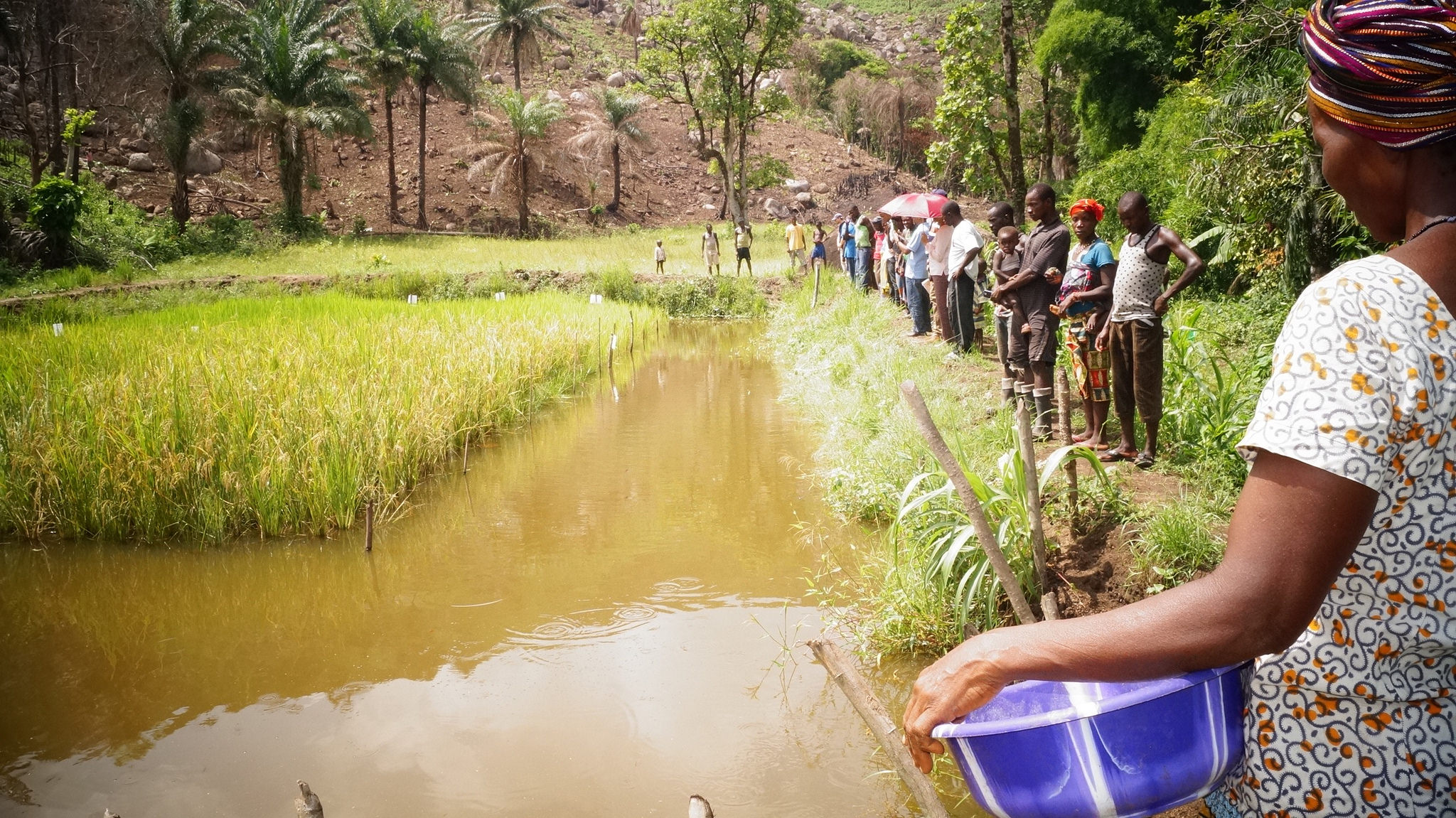 By Anne Hennings and peer-reviewed by Berns Komba Lebbie, national coordinator of the Land For Life Initiative in Sierra Leone

Land is an essential source of livelihood for a majority of Sierra Leoneans. Most of Sierra Leone’s population lives in rural areas and it’s GDP is largely based on agriculture [1]. The three main livelihood activities surveyed in the 2015 population and housing census are crop farming, animal husbandry and fishery, which depend largely on access to and ownership of land [2]. Smallholders mostly cultivate rice, cassava, cocoa, coffee, cashew, groundnut, palm oil, vegetables and other fruit trees.

Research reports indicate that 4.3 million hectares (70%) of all arable land is characterized by low fertility as result of slash and burn, deforestation and erosion taking place in shifting cultivation farming [3]. In addition to the arable land under cultivation, about 457,000 hectares of land areas are under protection with limited or no access [4].

Historically, the country’s land tenure system has developed twofold: The freehold tenure system governed by General Law (English Common Law and Statutory Law) in the Western Area, including the capital Freetown, which allows land sales and leases; and the customary tenure system governed by customary law, and partly general law, in the Provinces. In the aftermath of the decade-long civil war (1991-2002), Sierra Leone has attracted quite a number of investors. In so doing, mining, as well as large-scale farming operations have been set up all over the country. While Sierra Leone has a history of mostly state agricultural land investments, Chinese, Turkish, and Saudi Arabian investments have recently picked up in the agricultural sector.

Most current land-related challenges are related to large-scale projects that are supposed to spur rural development. Primarily, these conflicts are related to a lack of transparency and consent regarding land transfer, corruption, environmental issues and erroneous surveys, and, in some cases, the individual agendas of paramount chiefs. Another conflict line runs between land-using and land-holding families in the chieftaincies and related power disparities. Notably, women and youth remain excluded from land tenure decision-making process and have little say in shaping land investments.