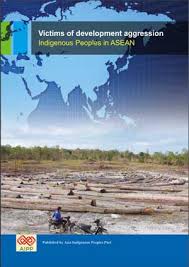 Two-thirds of the approximate 370 million self-identified indigenous peoples are found in Asia, enriching the region’s enormous cultural and linguistic diversity. They have strong cultural attachment to the land, forests and waters and their livelihood depends on the natural resources therein. They have their own distinct languages, cultures, customary laws and social and political institutions that are very different from those of the dominant ethno-linguistic groups in their countries.

While there is no “definition” of indigenous peoples, the ILO Convention 169 provides criteria for their protection under international law, referring to their self-identification, indigenous peoples’ traditional life styles; their culture and way of life different from the other segments of the national population, their own social organization and political institutions; and the fact that they live in historical continuity in a certain area, or before others “invaded” or came to the area.

These common features are thereby what makes indigenous peoples different and distinct from the majority of the population in each country. In fact, they maintain their distinct identities such as Karen, Kadazan Dusun, Mangyan, Toraja, Hmong, Bunung among others and are commonly and collectively refered to as “ethnic minorities” in Vietnam, ‘’ethnic nationalities’’ in Myanmar, “hilltribes” in Thailand, “masyarakat adat” in Indonesia and ‘’Orang Asal’’ in Malaysia.

However, among the ASEAN member states, the individual and collective rights of peoples who self- identify as indigenous peoples are being violated on a daily basis. All too often, their territories are sacrificed and expropriated for state-sponsored development and corporate projects that lead to gross and wide-scale violations of their collective rights, especially regarding their lands, territories, and resources.

Although all states in the ASEAN voted for the adoption of the United Nations Declaration on the Rights of Indigenous Peoples (UNDRIP) in 2007, most of them still refuse to respect and implement the indigenous peoples’ collective rights, especially to their lands, territories and resources and to self-determination. Several ASEAN states, underpinned by legal systems inherited from colonial times, have arrogated to themselves the right to allocate, regulate and determine ownership, use, control and development of land and resources. These systems that are imposed often do not recognize the historical and customary use of lands and resources that have been nurtured and managed for centuries based upon the inherent rights and traditions of indigenous peoples. This has also caused the loss of the indigenous peoples’ cumulative and collective indigenous knowledge and worldview that have enabled them to sustainably develop their fragile homelands and unique cultures over the centuries.

In recent years, indigenous peoples in Southeast Asia have been engaging the ASEAN for the recognition and protection of their individual and collective rights. Pivotal to their engagement was the creation of an Indigenous Peoples Task Force (IPTF) in 2009 that served as a platform for solidarity and unity for indigenous peoples to lobby the ASEAN governments in the region. It directed its engagement with the ASEAN Intergovernmental Commission on Human Rights (AICHR), particularly the members of the commission who were friendly with civil society organizations (CSOs). The engagement focused on the legal recognition of indigenous peoples as distinct peoples with collective rights as already recognized internationally. It has been actively providing recommendations during the drafting of the ASEAN Human Rights Declaration, which was eventually adopted in November 2012.

However, despite the engagement, the AICHR and the ASEAN as a whole have not moved forward in recognizing indigenous peoples and their rights. The adopted ASEAN Human Rights Declaration, aside from falling below international standards with its flawed principles, has failed to include provisions recognizing indigenous peoples’ rights. It contradicts the moral obligation to which the ASEAN member states committed by voting in favour of the UNDRIP, and runs counter to their obligations under the human rights conventions and treaties they signed and ratified. Some member states have legislation or policies that recognize indigenous peoples and their rights, still, most have none, as they claim that there are no indigenous peoples in their country or that everyone is indigenous.