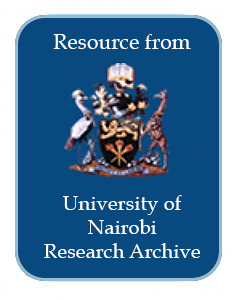 To promote a sustainable and improved use of animal genetic resources in developing countries, ILRI in collaboration with the Swedish University of Agricultural Sciences (SLU), and supported by Sida (Sweden), launched a project training the trainers, for national agricultural research systems (NABS) scientists (national university teachers and researchers) in developing countries. The main objectives of the project were to strengthen subject knowledge and skills, and teaching and communication skills of scientists teaching and supervising students in animal breeding and genetics at least up to MSc level. Other objectives were to catalyse curriculum development, stimulate contacts and networking, and to develop computer-based training resources relevant for use by NARS scientists in teaching and research. This capacity building project was an integrated component of the ILRI research agenda on Animal Genetic Resources. It was also an endeavour by ILRI to collaborate with and strengthen NARS institutions and scientists. The project was initially planned to include regions in sub-Saharan Africa, SouthEast Asia and South Asia, resources allowing, Latin America. The activities in each region or sub-region included: planning activities (questionnaire, country visits, planning workshop), training course for university teachers and researchers (three weeks, combining training in animal genetics/breeding and teaching methodologies), development of an Animal Genetics Training Resource' (on CD-ROM, and later also on the Web), follow-up activities, including impact assessment (questionnaires and follow-up workshops). During the period 1999 to 2003 a full round of activities was completed for sub Saharan Africa. The training course was conducted for Eastern/Southern Africa (20 scientists from 10 countries) and for Western/Central Africa (18 scientists from 10 countries). The planning and follow-up workshops were performed jointly for the region. In addition, the planning activities and training course (18 scientists from 9 countries) were completed for South-East Asia. Version 1 of the computer-based training resource (CD) was released in late 2003. The resource contains modules, i.e. core texts on issues related with farm animal genetic resources, quantitative methods and teaching methods, and Resources containing case studies, breed information, maps, examples, exercises, video clips, a glossary and a virtual library. It also contains references to web links, books and other CDs. The participants found the training courses very useful; average score for Overall Impression was 8.2 (scale 1-9). They also indicated that the computer-based training resource would be a valuable tool both in teaching and in research, but had not yet had a chance to explore and use it fully. Impact assessments for Africa (questionnaire and follow-up workshop) showed that the training course has already had a substantial impact in many of the participants. Impact assessments for Africa (questionnaire and follow-up workshop) showed that the training course has already had a substantial impact in many of the participants' home institutions, both on teaching methods and on course content. Students have shown more interest and understanding of animal breeding and genetics. The impact on participants' research has been just as large; more focus on research involving indigenous animal genetic resources, improved research proposal writing, research methodologies and science communication skills, and also more efficient supervision of students' research. Many of the participants have actively disseminated materials and experiences from the course to colleagues in their home institutions. Other important outcomes have been increased contacts and an open e-mail network `Afrib' formed by the African course participants. The project also strengthened Swedish knowledge and expanded PhD activities on animal genetic resources in developing countries; these were valuable `spin-off effects' of the project. The 'training the trainers' approach adopted in the ILRI-SLU project seems to be a good model for effective capacity building to promote a sustainable use of animal genetic resources in developing countries. The approach was innovative and has functioned well; the model could be extended to other disciplines. Furthermore, linking universities from the North to those of the South, with a CGIAR institute playing both a facilitating and catalytic role was beneficial. The project will now proceed to South Asia and version 2 of the computer-based training resource will be developed. More impact analyses will also be performed.

Our Vision is to be a world-class university committed to scholarly excellence.

Our Mission is to provide quality university education and training and to embody the aspirations of the Kenyan people and the global community through creation, preservation, integration, transmission and utilization of knowledge.

Our Vision is to be a world-class university committed to scholarly excellence.

Our Mission is to provide quality university education and training and to embody the aspirations of the Kenyan people and the global community through creation, preservation, integration, transmission and utilization of knowledge.