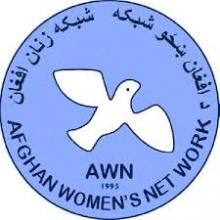 After the United Nation Fourth World Conference on Women in Beijing, China, where a group of women from various organizations and agencies of the United Nation participated; the theory to form a network for the Afghan women's cooperation and integration developed. With inspire from women's movement in different part of the world; finally, in 1995 participants (women) of the conference decided to establish Afghan Women Network (AWN).

Afghan Women's Network is the foundation for Afghan women's movement, which serves as a stable network for growth of those women's organizations they are active in the country.

Afghan Women's Network has active and considerable presence in Kabul, Herat, Balkh, Kandahar, Bamyan, Paktia, Nangarhar and Kunduz, and is also active through its member in other provinces of Afghanistan. Afghan Women's Network works as the umbrella for its member organizations. As well as projects related to issues (gender-based violence, strengthening of youths and education for girls) implement with coordination of its member.

Afghan Women's Network has over then 3500 individual members and 125 women's organizations in its membership.