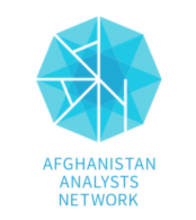 he Afghanistan Analysts Network (AAN) is an independent non-profit policy research organisation. It aims to bring together the knowledge, experience and drive of a researchers, analysts and experts to better inform policy and to increase the understanding of Afghan realities. It is driven by engagement and curiosity and is committed to producing analysis on Afghanistan and its region, which is independent, of high quality and research-based. We are committed to be bi-taraf but not bi-tafawut – impartial, but not indifferent.

Since its establishment in 2009, AAN’s publications have informed and influenced the work of Afghan and international policymakers, journalists, development workers and academics and others interested in Afghanistan and its region. AAN’s analysts are regularly asked to speak at conferences and briefings around the world, and frequently appear as commentators in the media.

AAN has a light institutional structure that includes an Executive Board with overall responsibility for AAN and its work, and a small team of analysts and researchers working from the AAN’s office in Kabul.

The Afghanistan Analysts Network is registered in Germany as an association (eingetragener Verein, e.V.) with registration number VR28652B, and as a non-profit research organisation at the Ministry of Economy in Kabul under registration number 341, dated 17.6.1388.

Kuchis, as nomads are now usually referred to in Afghanistan, occupy a peculiar place among Afghan communities. They constitute, like many nomadic communities in other countries, a particularly disadvantaged group with respect to many social indicators such as access to education, health or livelihood standards. Although many Kuchis are settling down, a growing and unregulated phenomenon taking place at the outskirts of the major Afghan cities, these indicators are still not improving.