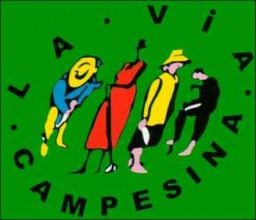 What is La Via Campesina?

La Via Campesina is the international movement which brings together millions of peasants, small and medium-size farmers, landless people, women farmers, indigenous people, migrants and agricultural workers from around the world. It defends small-scale sustainable agriculture as a way to promote social justice and dignity. It strongly opposes corporate driven agriculture and transnational companies that are destroying people and nature.

La Via Campesina comprises about 164 local and national organizations in 73 countries from Africa, Asia, Europe and the Americas. Altogether, it represents about 200 million farmers. It is an autonomous, pluralist and multicultural movement, independent from any political, economic or other type of affiliation.

La Via Campesina is built on a strong sense of unity and solidarity between small and medium-scale agricultural producers from the North and South. The main goal of the movement is to realize food sovereignty and stop the destructive neoliberal process. It is based on the conviction that small farmers, including peasant fisher-folk, pastoralists and indigenous people, who make up almost half the world's people, are capable of producing food for their communities and feeding the world in a sustainable and healthy way.

Women play a crucial role in the Via Campesina work. According to the FAO, women produce 70% of the food on earth but they are marginalized and oppressed by neoliberalism and patriarchy. The movement defends women rights and gender equality at all levels. It struggles against all forms of violence against women.

Via Campesina launched the idea of “Food Sovereignty” at the World Food Summit in 1996. This idea has now grown into a global people's movement carried by a large diversity of social sectors such as the urban poor, environmental and consumer groups, women associations, fisher-folks, pastoralists and many others. It is also recognized by several institutions and governments.

Food sovereignty is the right of peoples to healthy and culturally appropriate food produced through sustainable methods and their right to define their own food and agriculture systems. It develops a model of small scale sustainable production benefiting communities and their environment. It puts the aspirations, needs and livelihoods of those who produce, distribute and consume food at the heart of food systems and policies rather than the demands of markets and corporations.

Food sovereignty prioritizes local food production and consumption. It gives a country the right to protect its local producers from cheap imports and to control production. It ensures that the rights to use and manage lands, territories, water, seeds, livestock and biodiversity are in the hands of those who produce food and not of the corporate sector. Therefore the implementation of genuine agrarian reform is one of the top priorities of the farmer's movement.

Food sovereignty now appears as one of the most powerful response to the current food, poverty and climate crises.