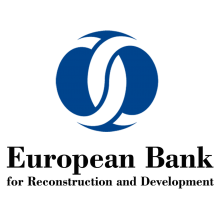 The European Bank for Reconstruction and Development (EBRD) was founded in 1991 to create a new post-Cold War era in central and eastern Europe, furthering progress towards ‘market-oriented economies and the promotion of private and entrepreneurial initiative’.

The EBRD is committed to furthering progress towards ‘market-oriented economies and the promotion of private and entrepreneurial initiative’. This has been its guiding principle since its creation at the beginning of the 1990s and, new challenges and the welcoming of new countries to the EBRD world notwithstanding, will continue to be its mission in years to come.

A turning point in the history of Europe

The EBRD was set up in haste to meet the challenge of an extraordinary moment in Europe’s history, the collapse of communism in its East. In fact, a mere 18 months elapsed between the first mooting of the idea of a European bank, by President François Mitterrand of France, in October 1989 and its opening for business with headquarters in London in April 1991.

Urgency and the ability to respond to momentous events swiftly and decisively, whether it be the end of the Soviet Union, financial crises or the ‘Arab Spring,’ have been among the EBRD’s hallmarks from the start.

During the frenetic years of the early 1990s the EBRD’s emphasis on the private sector as the main driver for change in Central and Eastern Europe was vindicated many times over. This was the period that established the EBRD’s reputation as an expert on transition to the open market.

It was heavily involved in areas such as banking systems reform, the liberalisation of prices, privatisation (legalisation and policy dialogue) and the creation of proper legal frameworks for property rights, all vital ingredients for change.

The 2005 Gleneagles G8 summit in July 2005 stimulated a concerted effort of the Multilateral Development Banks (MDBs) to broaden and accelerate programs on access to energy and climate change mitigation and adaptation through the Clean Energy Investment Framework (CEIF). At the Gleneagles summit, it was agreed that a report on the implementation of the CEIF would be prepared for the 2008 G8 (Group of Eight: Canada, France, Germany, Italy, Japan, Russia, the United Kingdom, and the United States) summit hosted by Japan.