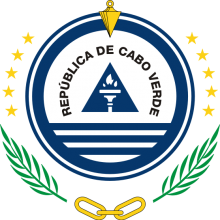 Politics of Cape Verde takes place in a framework of a semi-presidential representative democratic republic,[1] whereby the Prime Minister of Cape Verde is the head of government and the President of the Republic of Cape Verde is the head of state, and of a multi-party system. Executive power is exercised by the President and the Government. Legislative power is vested in both the Government and the National Assembly. The Judiciary is independent of the executive and the legislature. The constitution first approved in 1980 and substantially revised in 1992 forms the basis of government organization. It declares that the government is the "organ that defines, leads, and executes the general internal and external policy of the country" and is responsible to the National Assembly.

The President promulgated the constitution after being approved by the National Assembly.