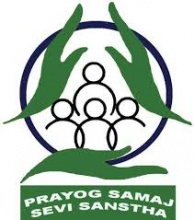 The Prayog Samaj Sevi Sanstha is situated in Raipur, Chhattisgarh (A Tribal State). It was established in 1975 and registered in 1982 under the Society Registration Act 1860.

It is renowned for its strength in the rural leadership development. The organization works throughout India to build up grassroots activism, focusing mainly on Central India, and Chhattisgarh. It has developed a ‘Gandhian Activism School’ for the rural youth and women, focusing on those that come from the tribal and other marginalized communities. Today, more than 2,500 activists have been trained in the grassroots activism and are now working all over India.

The land reform movement in Chhattisgarh has been gaining momentum for many years. For more than a decade, PRAYOG has been instrumental in the mobilization and organization of the Adivasi and landless communities. The Adivasi communities are the driving force behind PRAYOG’s work in the constant struggle against the State and other forces that are responsible for the disintegration of the Adivasi society and the economy. By building awareness in the Adivasi community, it works to strengthen the local village leadership and community organizations.

The focus of PRAYOG’s work is to assist the local communities so that they gain access and control over the natural livelihood resources, especially land, water and forests (zamin, jal aur jungal.) There is a growing awareness among the communities. It continues to work towards building a more informed understanding about social inequities and power relations perpetuated by the State that are antithetical to the interests of the people.

PRAYOG is a mass based organization led by the committed local women and men of the vulnerable and marginalized communities in India, who work to meet the needs. Since its founding, the organization has acted as a national body where the disempowered communities of India can make their voice heard. PRAYOG is an experiment in village revitalization that follows the precepts advocated by Mahatma Gandhi. The PRAYOG activists believe that being a part of the struggle is essential in order to create a sustainable development that will lead to equal rights for the Adivasi communities.

A series of awareness-raising and capacity development material on the VGGT and the Indian Forestry Rights Act (FRA) with a specific focus on indigenous peoples (Adivasi in India) were developed. The materials include a kit targeting community leaders and local authorities, including posters, leaflets, cartoon booklets and videos. The materials were developed with the objective of giving simple information on the relevant legislation and applicable procedures to secure Adivasi’ lands and forests at local level.