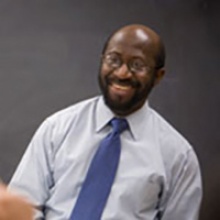 Professor Rexford A. Ahene was born in Ghana but is a naturalized citizen of the United States. He received his Bachelor of Science degree with honors in Land Economics and Real Estate in 1975 at the University of Science and Technology in Kumasi, Ghana. He proceeded to the University of Wisconsin- Madison where he earned his M.A. Agricultural Economics in 1981, and Ph.D. Economic Development in 1983. He joined the Economics and Business Department at Lafayette College in 1982 and is currently a full Professor of Economics and the founding Director of Africana Studies. Dr. Ahene has served as a senior technical advisor and staff consultant for the World Bank and FAO as a Land Policy and Land Administration Specialist focusing on land tenure and strategic land policy options for private sector development in Africa since 1994. He is the principal architect and author of the Tanzania Land Policy 1995 and the Malawi National Land Policy 2000, and has since 2006, served as the Senior Technical Advisor responsible for overseeing the design, development and implementation several land redistribution and land administration reform projects in Sub-Saharan Africa. Ahene recently (2006- 2012) completed overseeing the development and installation of Uganda’s parcel based National Land Information System and computerization of Land Registry business process. He is the Co-author of two books and many scholarly articles, government documents and reports. Among his publications are refereed articles in the American Journal of Economics and Sociology, National Tax Journal and the Journal of Property Tax Assessment and Administration.