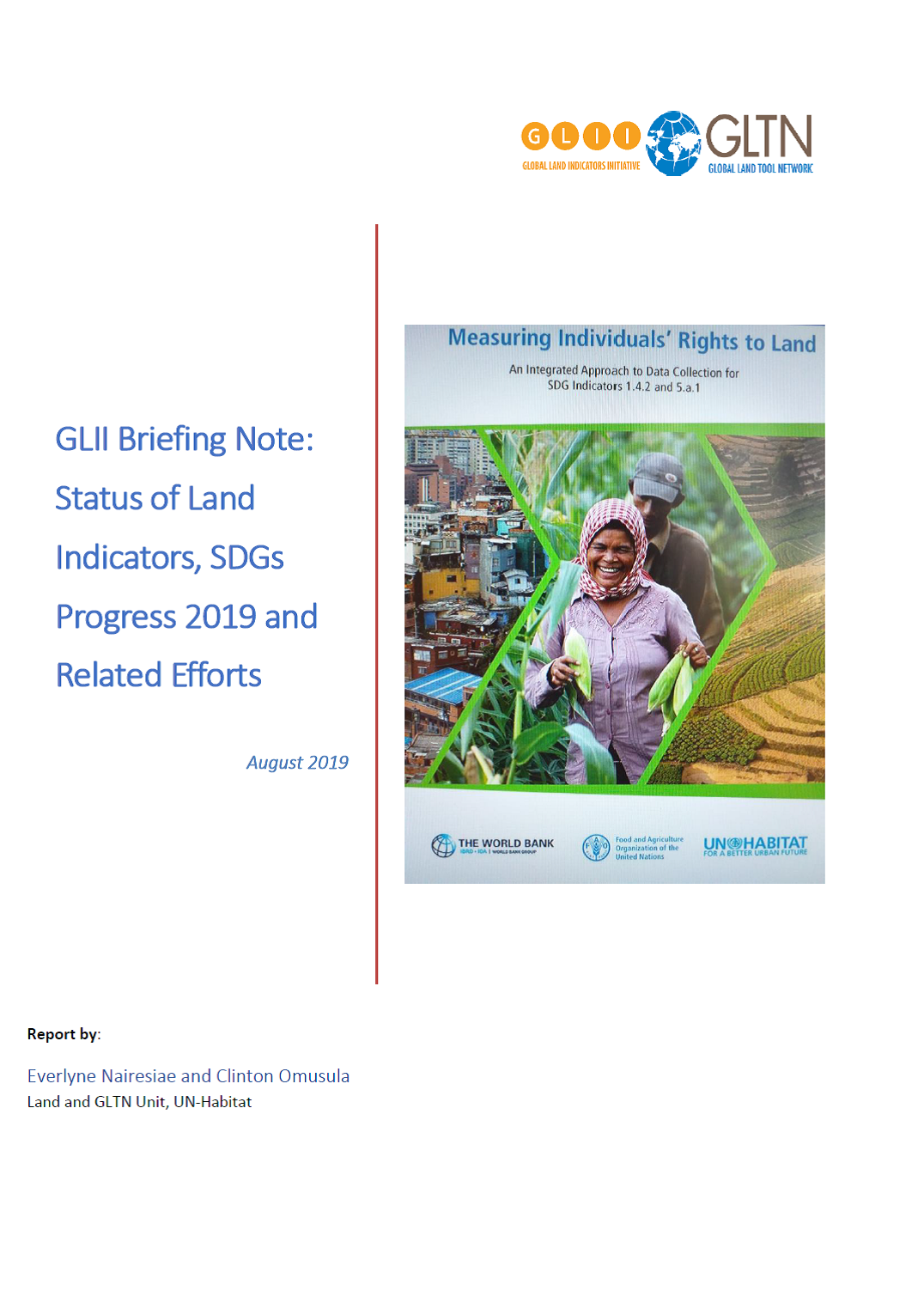 The 2030 Agenda for Sustainable Development provides a conceptual framework of 17 goals and 169 targets. An abundance of interlinkages exists between them. Land targets are core to achieving most of the SDGs including poverty eradication, food security, gender equality and empowerment of women, adequate housing and urban development, mitigating and adapting to climate change, reducing and preventing land degradation, and fostering peace and stability for prosperity. “The world will soon (2020) enter a decade that will be decisive for both current and future generations and for all life on this planet. It is the world ’s responsibility and within its power to make it a decade of action and delivery for sustainable development” (SDGs Progress Report 2019).

Four years into the 2030 Agenda, progress on implementation of SDGs and key targets including reducing poverty and fighting inequality has been slow. The share of the world population living in extreme poverty declined to 10 per cent in 2015, down from 16 per cent in 2010 and 36 per cent in 1990. However, the pace of poverty reduction is decelerating, with a nowcast of 8.6 per cent in 2018 (SDGs Progress Report 2019). Moreover, baseline projections suggest that 6 per cent of the world population will still be living in extreme poverty in 2030, missing the target of less than 3 per cent of the world living in extreme poverty by 2030. The UN Secretary General has identified a series of systemic gaps in the overall response to the 2030 Agenda and calls for among other actions placing special focus on the most vulnerable to ensure that as countries progress, they leave no one behind; ensuring adequate and well-directed financing; strengthening institutions and making them more effective and inclusive; strengthening collection, access and effective use of data for measuring progress on the Goals; and harnessing science, technology and innovation with a greater focus on digital transformation for sustainable development.

Many actors in the land community including policy makers, CSOs, donors and others are committed to review and measure progress made towards achieving land related targets in the SDGs, particularly targets 1.4 and 5.a. on securing land tenure rights, among others. Will achieving land related targets present opportunities to tilt poverty scales down among the poor and vulnerable communities and countries? This remains an unanswered question for lack of data evidence to back any assertions as relates to SDG1. Unfortunately, most countries are yet to collect land tenure data and report on land indicators 1.4.2 and 5.a.1 on securing tenure security among other land indicators. Can a direct link be drawn between the possible outcomes of land tenure security and the lack of this on the sustainable development goals lagging behind including those related to poverty and hunger, gender and income inequality among other issues? ‘Yes’ is the probable answer by most, but there is an urgent need for data to measure and validate such relationships. Securing land tenure rights and ensure responsible land governance is key to achieving the SDGs (VGGT,2012).

The Global Land Tool Network (GLTN) is an alliance of global regional and national partners contributing to poverty alleviation through land reform, improved land management and security of tenure particularly through the development and dissemination of pro-poor and gender-sensitive land tools.

Secure land tenure and property rights are fundamental to shelter and livelihoods as well as the realisation of human rights, poverty reduction,economic prosperity and sustainable development.

UN-Habitat is the United Nations programme working towards a better urban future.