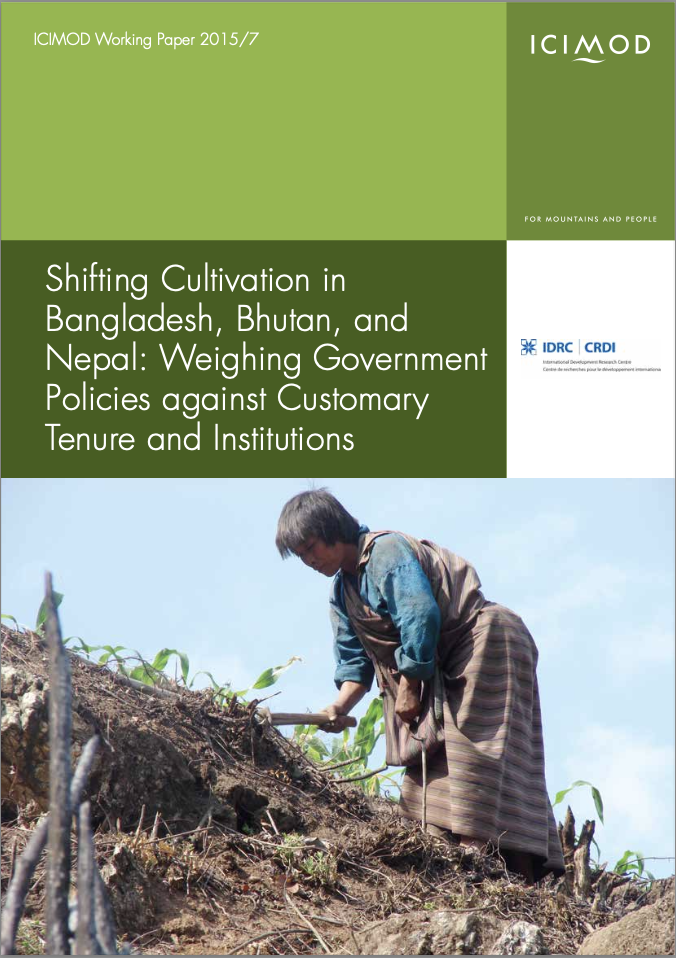 The work of the Nagaland Empowerment of People through Economic Development (NEPED) project and the International Centre for Integrated Mountain Development (ICIMOD) in Northeast India, Bhutan, and Nepal has confirmed that it is possible for policy makers and shifting cultivators to work together. However, more research is necessary to understand how the shifting cultivation policies of governments can be more supportive in addressing the needs of shifting cultivators. The need for more knowledge to understand and address shifting cultivators’ land tenure problems becomes clear. In addition, a review of the land use alternatives promoted by governments is also necessary. As a result, a research project titled ‘Regional Project on Shifting Cultivation: Promoting Innovative Policy and Development Options for Improving Shifting Cultivation in the Eastern Himalayas’ was implemented in Bangladesh, Bhutan, and Nepal.

Research teams were formed in the three countries, which, together with ICIMOD’s project team, prepared a research protocol. The research teams carried out the research for their respective countries in keeping with this research protocol. This publication is the main product of their research. It is divided into two parts: Part 1 presents the findings of the study on the effect of government policies on customary tenure and institutions and alternative options. Part 2 presents a discussion of the findings of the three countries as well as some general and country-wise recommendations. It is hoped that the findings of the research will enable governments to improve their shifting cultivation polices, which will, in turn, help shifting cultivators to improve their economic and social status.

The International Centre for Integrated Mountain Development (ICIMOD) is a regional intergovernmental learning and knowledge sharing centre serving the eight regional member countries of the Hindu Kush Himalaya – Afghanistan, Bangladesh, Bhutan, China, India, Myanmar, Nepal, and Pakistan – and based in Kathmandu, Nepal. Globalization and climate change have an increasing influence on the stability of fragile mountain ecosystems and the livelihoods of mountain people.