Increasing demand for avocados is generating unprecedented consequences in certain parts of the world, such as intense water scarcity in Chile's Petorca region.

Avocados are one of today’s trending superfoods. The fruit has a variety of beneficial properties including richness in antioxidant vitamin E, monounsaturated fats, carotene and useful minerals such as iron and potassium. Despite gaining widespread popularity, this nutritious food’s cultivation has a dark side to it. It needs a lot of water to grow, approximately 70 litres per avocado. A significant amount, especially if compared to an average of 22 litres for an orange and 5 for a tomato. 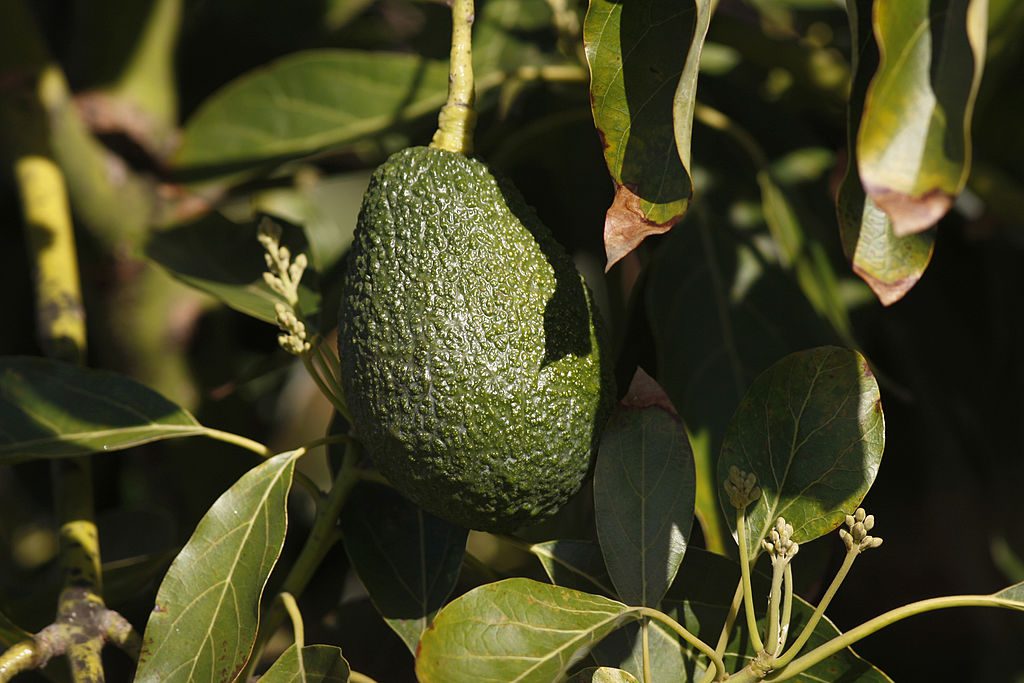 An avocado hangs from a tree at a farm in Pauma Valley near Valley Center, in California © David McNew/Getty Images

Avocado farming is a water-intensive activity and in some parts of the world, particularly in dry ones like Chile’s Petorca province, in the Valparaíso region, the amount of this precious resource increases to 320 litres per avocado – 64 times that needed for a tomato. Villagers in this area used to grow beans, corn, potatoes or use their lots for livestock farming. Since the end of the 1990s however, investors have taken a liking to the province due to the cheapness of its land. Combined with the generous revenue that avocados provide, this has set off a series of unprecedented consequences for Petorca and its inhabitants.

Water in Chile and faulty legislation

Water in the South American country is regulated by private property laws. The Direccion General de Aguas (DGA) distributes water rights to investors on a first-come, first-served basis, both for rivers and groundwater. The implications of this privatisation are serious, since an individual or entity who has acquired such rights can deplete the entire stock of an area, even re-selling it if they want.

The problem doesn’t end here. Plantation owners began illegally depriving local villages across the region of this necessity, diverting it to meet agricultural demands. According to the DGA, this was done via 65 channels in 2011. Satellite photographs provide undeniable evidence of this phenomenon, which, however, was punished only moderately: with a fine of approximately 1,100 dollars for offending plantations owners. A fact that may have something to do with their connections to political figures. For example, Eduardo Cerda García, head of the Agricola Pililen plantation, used to be a parliamentary member for the Petorca region. Despite taking water over 600 per cent faster than allowed, and doing so from locations without permission, his involvement in the avocado production and export business has remained unperturbed. 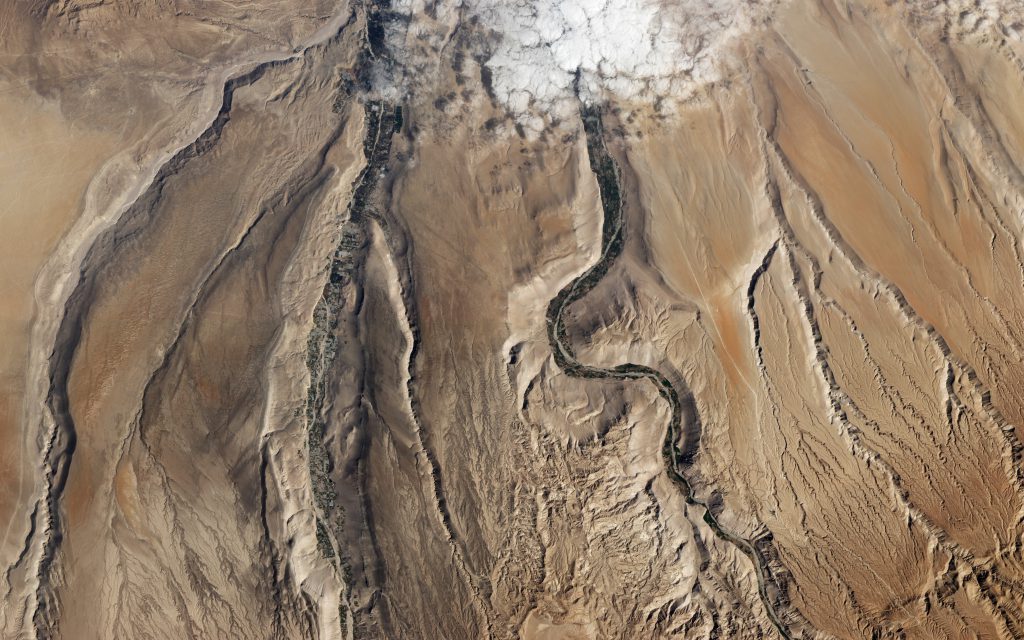 Lluta River, Chile. This part of the world can receive less that a millimetre of rain per year © NASA Goddard Space Flight Centre

The combination of cheap land, private water property rights and corruption have created the foundation of today’s problems in the region. Investors decided to buy land unsuitable for growing avocados at a low cost. Water is naturally scarce in Petorca, with droughts happening once every seven years. Combined with climate change and thirsty plantations, the local community has suffered. Natural sources have dried up, forcing villagers to drink water brought to them weekly in truckloads. When this water was tested in 2014, it was found that levels of coliform (the bacteria found in faeces) were much higher than the legal limit. Despite this, the water is still used for drinking, cooking, washing and cleaning. At a very low 50 litres allowance per day, people are forced to give up activities such as washing their clothes in order to cook, as well as sacrificing personal hygiene. A clear violation of their basic right to water.

There’s the human right to water, which entitles everyone to clean water … We must take care of water, we must stop exploitation and uncontrolled withdrawal, stop polluting it and guarantee the right to access clean water for everyone. This won’t happen if large corporation continue to control water.Maude Barlow, former UN Special Rapporteur on the human right to safe drinking water and sanitation

In addition, 2,000 small avocado farms have given up their businesses since 2007, in contrast to the spread of large-scale avocado plantations that have now taken over most of the region. It has become impossible for small farmers to compete with the bigger avocado producers, so many locals are leaving Petorca to find better opportunities elsewhere, changing the nature and character of the place, among other things.

Mayors of the province’s towns have tried to shift policy by organising protest demonstrations and raising awareness. So far, they haven’t been successful. In one instance, a demonstration was forcefully suppressed with water cannons, for example. In response, the mayor of La Ligua has stopped trying to convince other politicians to change course, starting instead to raise funds for a desalination plant for the region’s residents.

The impact of excessive demand

The UK imported over 17,000 tonnes of avocados in 2016 alone. According to recent statistics, demand increased by 27 per cent in 2017. To make matters worse, popular supermarket chains such as Tesco, Morrisons, Waitrose, Aldi and Lidl all source stocks from Petorca. The same goes for other major retailers across Europe. 60 per cent of Chile’s avocado exports entered the continent’s markets in 2017, amounting to 134,000 metric tonnes. Yet halting avocado sales from this region won’t necessarily solve issues around the crop, since there are problems elsewhere, such as in Mexico, where its trade is regulated by drug cartels.

The take home message is to avoid excessive avocado consumption and source this fruit from small-scale enterprises – or locally for consumers in countries such as Italy and Spain – as demand has boomed out of proportion, causing serious problems for local communities in producer countries.