COVID-19 has exacerbated an already deeply alarming regulatory vacuum, which is being exploited by unscrupulous governments and private sector operators to ramp up the destruction of vital indigenous forestlands – this threatens efforts to rebalance humanity’s relationship to nature with indigenous and local voices at its heart.

For the third and final webinar hosted by the Ford Foundation, Land Portal, the Thomson Reuters Foundation and the Tenure Facility, experts and indigenous leaders gathered to explore the impacts of regulatory rollback, and how indigenous voices must be heard as part of shaping the “green recovery”.

As the world continues to wrestle with the impacts of the virus, thoughts are turning to the rehabilitation phase, which offers an exciting opportunity to “build forward better”, creating new ways of interacting with our environment that both drive human development but also privilege nature and the climate. Respecting the rights of Indigenous Peoples as well as utilising generations of local knowledge rooted in sustainability would be a central component to this vision of a brighter future. These hopes are being jeopardised however by a spike in deforestation apparently driven by the retreat of state actors, and a desire to kick-start economies by any means necessary, even at the expense of some of the most biodiverse ecosystems and richest traditional cultures on earth.

"Indigenous organisations cannot respond to the expectations of western in-the-box ways of measuring performance, when in reality we see 210 million hectares of forests under indigenous stewardship. What better performance do we need?"

From the Amazon to Asia, already vulnerable indigenous communities have come under mounting pressure since the beginning of the pandemic: encroachment by extractive industries into their territories has fuelled the spread of the virus, and seen forest destruction continue apace. Meanwhile governments have largely turned their backs on Indigenous Peoples and their needs, further eroding already fragile rights.

In many parts of the world this erosion of indigenous rights in favour of big business predates the pandemic. The global shutdown has however acted as an accelerant for a regulatory bonfire which threatens to undo much of the extraordinary work achieved by Indigenous Peoples as guardians of the forests, according to Jose “Beto” Borges, the Director of Communities and Territorial Governance at Forest Trends.

Current research shows that Amazonian deforestation rates within indigenous territories are just 0.8%, less even than in other protected areas, and many times lower than in unprotected lands, despite recent law changes and outright criminality by actors keen to brush local communities aside. Innovative projects including reforestation and linking indigenous communities with high-end restaurants to provide desirable fresh produce offer a glimpse of a brighter future, Borges argued.

Now financing mechanisms must provide adequate and appropriate backing for indigenous communities to strengthen governance and protection of their territories, something that up to now has proved a serious stumbling block.

“We’ve been witnessing with a lot of sadness that indigenous organisations cannot respond to the expectations of western in-the-box ways of measuring performance, when in reality we see 210 million hectares of forests under indigenous stewardship. What better performance do we need?” Borges demanded.

"When we recover our industries, how do we do it better, how do we do it in a more inclusive way? How do we learn from Indigenous Peoples’ experiences? And if we cannot contend with those issues, then we are not on the path to a green recovery." 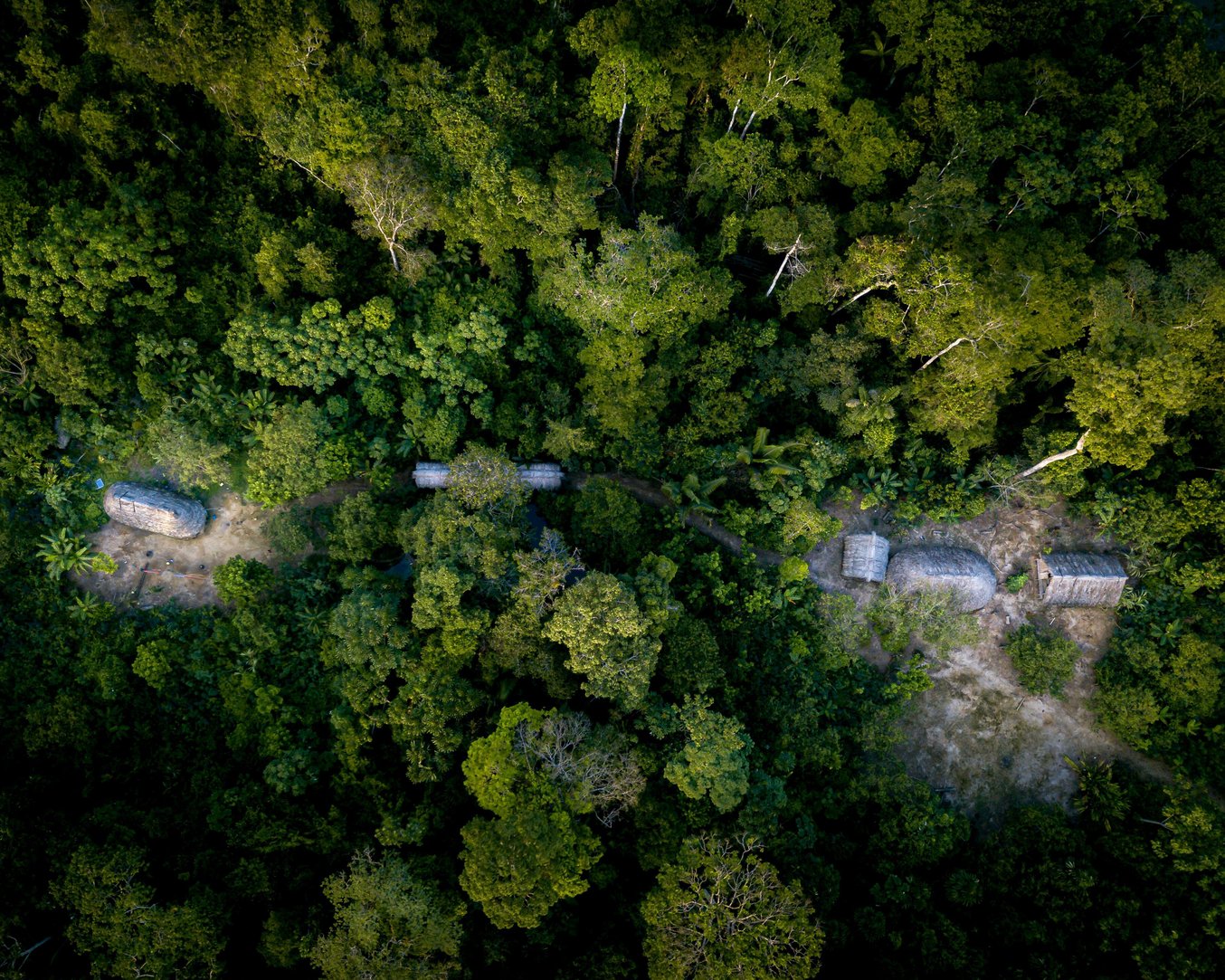 Kirsten Francescone, the Latin American Co-ordinator for Mining Watch Canada, said their research pointed towards troubling trends in which mining companies were ignoring the dangers of the pandemic to continue operating at all costs, whilst using the current economic crisis to pressure governments into loosening regulations linked to environmental protections and indigenous rights. In parallel, states citing health concerns have cracked down on legitimate protests against unethical mining, leaving communities largely voiceless in the face of increased threats to their lands and way of life.

“The fear for us is how permanent these supposedly temporary changes are going to become. There’s been a withering away of the already weak regulatory system which exists to protect from the extreme impacts that the mining industry has on people and the environment,” Francescone said.

“There is a lot of work now being done by community organisations to call that out and say that this is not what we want for the future, especially a future that is already embroiled in an ecological crisis.”

Alongside this, there is a pressing need to recognise the inherent strengths and wisdom already contained within indigenous culture, according to Nonette Royo, the Tenure Facility’s Executive Director.

“Indigenous Peoples already have their inter-generational practices in their culture, their inherent values of respect, mutuality, interdependence with nature,” Royo stated.

“They have territory, and they are already organised to protect each other, to protect us, and all beings in nature that they consider brothers and sisters. These are assets and are a major pillar of the green recovery.”

Cristina Coc is an Indigenous Leader from the Maya People of southern Belize, who have fought a brave and ultimately successful decades-long fight against their own government to have their rights recognised. She made an impassioned call for a re-evaluation of how Indigenous Peoples are judged.

“We have to change the lens through which we view Indigenous People. We are not under-developed, we are not scattered and disorganised, we are not lazy people. We are hard-working, we have organised ourselves, we know how to mobilise our resources,” Coc said, in a powerful speech.

“This is not to romanticize indigenous peoples, we have our problems both internally and externally. (But) this pandemic has further shone a light on the marginalisation of Indigenous Peoples. When we rebuild our economy, when we recover our industries, how do we do it better, how do we do it in a more inclusive way? How do we learn from Indigenous Peoples’ experiences? And if we cannot contend with those issues, then we are not on the path to a green recovery.”