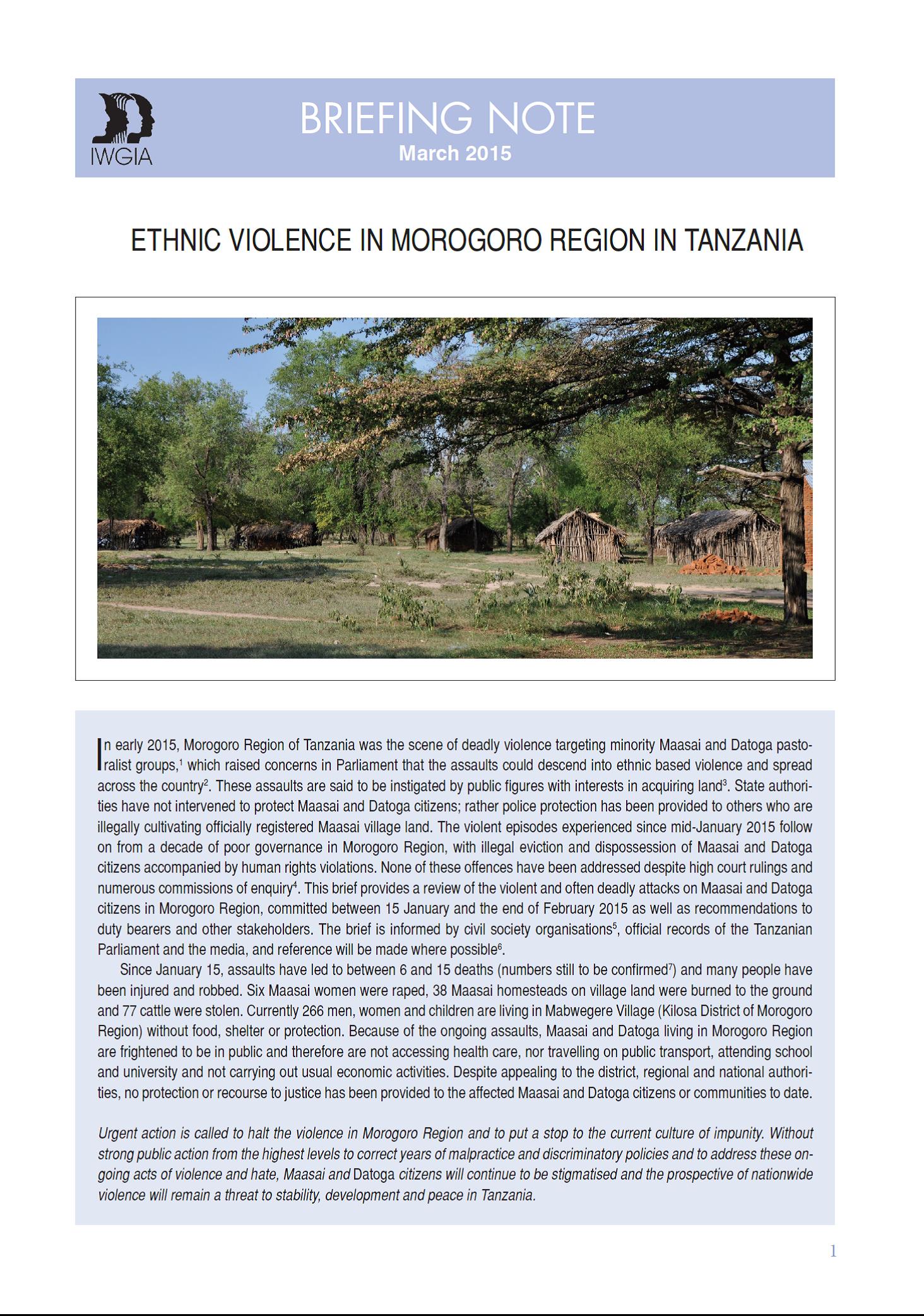 In early 2015, Maasai and Datoga citizens living in the Morogoro region of Tanzania were victims of deadly, ethnic violence. According to reports from local media, the assaults were instigated by public figures interested in acquiring land, and state authorities have not intervened to protect Maasai citizens. Police protection has instead been given to others who are illegally cultivating officially registered Maasai land.

Due to ongoing assaults, Maasai living in the region are frightened to be in public. They are not receiving health care, attending school and university, or carrying out usual economic activities. Despite appealing to district, regional and national authorities, no protection or recourse to justice has been provided to the affected Maasai citizens or communities to date.

The most recent assaults have been occurring since mid-January 2015, and follow years of poor governance in the Morogoro region. Illegal evictions, dispossession of Massai citizens, and human rights violations have become daily life for indigenous people in the area. Serious concerns were recently voiced in the Tanzanian Parliament, and it is feared that the attacks could descend into ethnic based violence and spread across the country.

The brief calls for urgent action to halt the violence in the Morogoro Region and to put a stop to the current culture of impunity. It states that without strong and public action from the highest levels, Maasai and Datoga citizens will continue to be stigmatized and the prospective of nation-wide violence will remain a threat to stability, development, and peace in Tanzania.

IWGIA Brief: Ethnic violence in Morogoro region in Tanzania is informed by civil society organizations, official records of the Tanzanian Parliament and the media. It provides a review of the violent and often deadly attacks on Maasai citizens from the area, committed in early 2015, and offers recommendations to duty bearers and other stakeholders, which aim to stop the violence.