In the Valley of the Shadow of Death? | Land Portal
Skip to main content 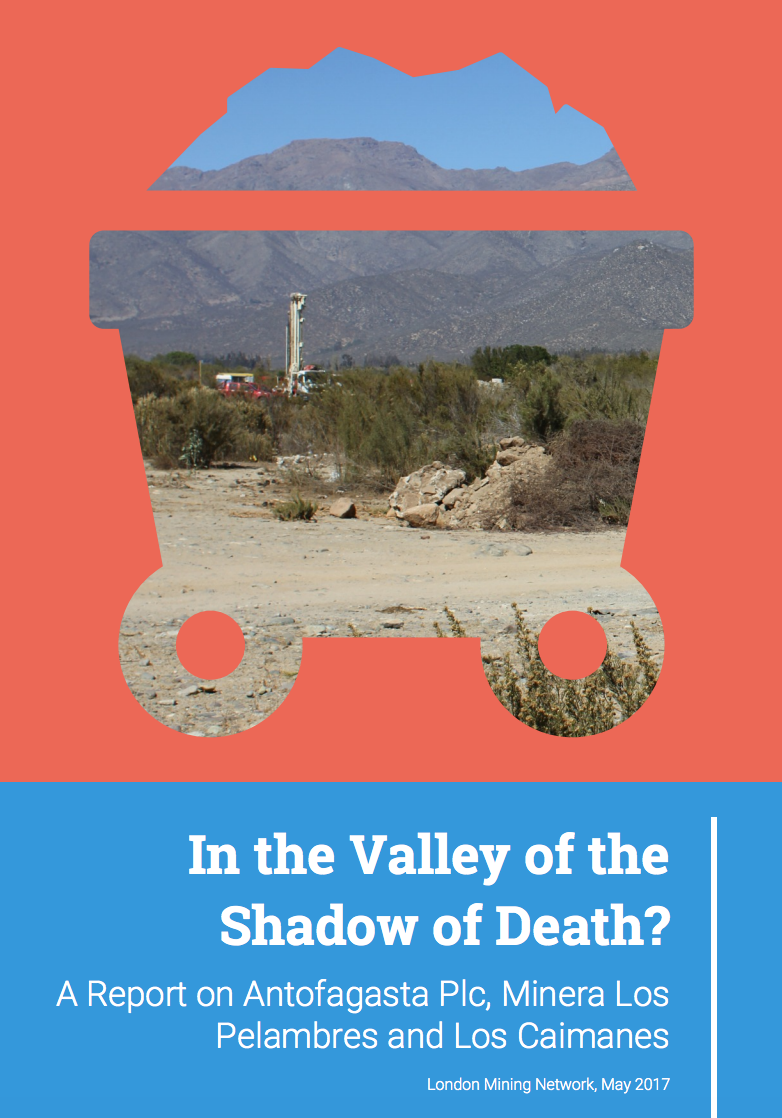 Date of publication:
May 2017
Resource Language:
English
Pages:
20
License of the resource:
All rights reserved

London Mining Network is an alliance of human rights, development, environmental and solidarity groups working in support of communities around the world who are badly affected by mining companies based in, or financed from, London.

One such company is Antofagasta plc, one of the larger mining companies listed on the London Stock Exchange. The majority of its operations are in Chile. The most significant shareholders in Antofagasta are members of the Luksic family, a wealthy Chilean family which is also involved in a number of other businesses.

Antofagasta controls the Los Pelambres copper mine in north central Chile. This mine stores its tailings (fine wastes) in water contained by the El Mauro dam, the largest tailings dam in Latin America, which is situated above the small town of Caimanes.

London Mining Network has long been concerned about the potential danger posed by this dam and about the way that community concerns have been dealt with. This report sets these dangers and concerns in the broader context of mining in Chile, the influence of the Luksic family, and the close links between big business and the Chilean political establishment.

But we need to keep constantly in mind that the problems and shortcomings noted in this report are linked to London: London is the world's biggest centre for investment in the minerals industry, and the lack of oversight of mining companies raising funds in the city allows bad practices to continue.

We do this by

We do this by