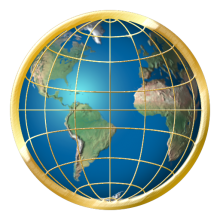 The Ecology Crossroads Cooperative Foundation is incorporated in the Commonwealth of Kentucky under ID 0329183 as a nonprofit corporation established on April 12, 1994, is recognized by the Internal Revenue Service as a 501(c)(3) tax-exempt non-governmental organization (NGO) under US Tax ID (EIN) number 61-1259384 and exists to fulfill the charitable purposes further set forth in its Certificate of Authority and Restated Articles of Incorporation.

As a charitable foundation Ecology Crossroads accepts donations for environmental, Indigenous and social philanthropy which it distributes through initiatives, programs and projects organized professionally by Globcal International, which was merged into our organization in January 2020. Currently we are directly engaged in helping the Indigenous peoples secure financing for ecosystem services which they provide, so they can become biodiversity conservation officers and foresters in the professional sense, while accomplishing  social  goals for the tribe.

In 2022 we began our work with the Huottuja People (also known as the Piaroa) to save their 33,000 square kilometer territory from unlawful occupation and illegal activities that began there in 2014. Apparently when we assumed control of Globcal International we also assumed control of an ecological village initiative called Ekobius International. This has led to new opportunities being created between the Indigenous Piaroa and our organization as their sponsor now providing funding to the Huottuja Foundation.

"It is all about empowering the Indigenous peoples to protect their own lands, without the middle-man," according to the Ecology Crossroads Founder, Col. David Wright. The system being developed by Globcal International integrally depends on the Indigenous Government to issue orders and enforce the law. Ecosystem services are created when Indigenous Conservation Officers obtain employment, use the technology and get paid for doing it when they upload their data. Currently it is small scale, the focus area is 300 of 33,000 square kilometers for the pilot, the area most noteworthy for its biodiversity and carbon sequestration potential is an area approximately 18% of the total just under 7,000 square kilometers being included as the primary carbon sink.