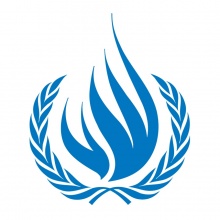 The Committee on Economic, Social and Cultural Rights (CESCR) is the body of 18 independent experts that monitors implementation of the International Covenant on Economic, Social and Cultural Rightsby its States parties. The Committee was established under ECOSOC Resolution 1985/17 of 28 May 1985 to carry out the monitoring functions assigned to the United Nations Economic and Social Council (ECOSOC) in Part IV of the Covenant.

All States parties are obliged to submit regular reports to the Committee on how the rights are being implemented. States must report initially within two years of accepting the Covenant and thereafter every five years. The Committee examines each report and addresses its concerns and recommendations to the State party in the form of “concluding observations”.

In addition to the reporting procedure, the Optional Protocol to the International Covenant on Economic, Social and Cultural Rights , which entered into force on 5th May 2013, provides the Committee competence to receive and consider communications from individuals claiming that their rights under the Covenant have been violated. The Committee may also, under certain circumstances, undertake inquiries on grave or systematic violations of any of the economic, social and cultural rights set forth in the Covenant, and consider inter-state complaints.

The Committee meets in Geneva and normally holds two sessions per year, consisting of a three-week plenary and a one-week pre-sessional working group.

The Committee also publishes its interpretation of the provisions of the Covenant, known as general comments.