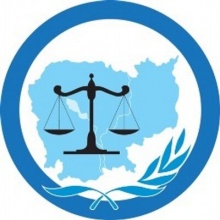 Equitable Cambodia was formed out of the localization of the international solidarity organization Bridges Across Borders Cambodia (BABC) and was registered as a Cambodian national non-governmental organization in March 2012.

BABC worked to support people's action for inclusive development, social justice and human rights in Cambodia from 2003-2012. During that time, it successfully fought poverty and deprivation through the establishment of child protection facilities, formal and non-formal education, leadership and harm reduction programs from which over 6000 children and youth benefited, and through community-based development initiatives that increased the food security and improved the health and well-being of over 5000 poor and vulnerable Cambodians.

BABC was a leading advocate of land and housing rights in Cambodia. Through media and legal advocacy, coalition building, policy research and lobbying at the national and international level, BABC helped to elevate the issue of forced evictions and land-grabbing in Cambodia and made international development agencies more accountable and responsive to this pervasive human rights problem.

BABC was also engaged in extensive efforts to support human rights defenders and expand access to justice through the development and implementation of community empowerment and legal awareness programs. BABC developed ground-breaking popular education curriculum on international human rights law, domestic law, and strategies that communities can employ to defend their rights in the face of forced displacement. It trained grassroots facilitators from fifteen Cambodian provinces and municipalities and supported them to use these materials to raise awareness and empower thousands of people in threatened communities across the country.

Equitable Cambodia is now carrying on this work under Cambodian leadership. Equitable Cambodia is governed by a Board of Directors and managed on a day-to-day basis by an Executive Committee, comprised of the senior management of the organization. The Executive Committee is coordinated by Mr. Eang Vuthy, who serves as the legal representative of the organization.

The overall goal of Equitable Cambodia is to transform the national development model into one that respects, protects and progressively fulfills the human rights of the Cambodian people.

Equitable Cambodia's strategic objectives for 2010-2012 are:

In the Mekong region, conflicts between local communities and large scale land concessions are widespread. They are often difficult to solve.

In the Mekong region, conflicts between local communities and large scale land concessions are widespread. They are often difficult to solve.