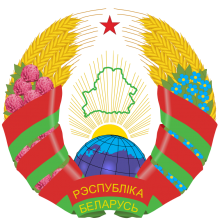 After seven decades as a constituent republic of the USSR, Belarus attained its independence in 1991. It has retained closer political and economic ties to Russia than have any of the other former Soviet republics. Belarus and Russia signed a treaty on a two-state union on 8 December 1999 envisioning greater political and economic integration. Although Belarus agreed to a framework to carry out the accord, serious implementation has yet to take place. Since his election in July 1994 as the country's first and only directly elected president, Aleksandr LUKASHENKO has steadily consolidated his power through authoritarian means and a centralized economic system. Government restrictions on political and civil freedoms, freedom of speech and the press, peaceful assembly, and religion have remained in place. The situation was somewhat aggravated after security services cracked down on mass protests challenging election results in the capital, Minsk, following the 2010 presidential election, but little protest occurred after the 2015 election.

Belarus is a presidential republic in name, although in fact a dictatorship.

The President, with a view of creating favorable conditions for the development of agro-ecotourism, improve living conditions of citizens in rural areas, small urban settlements and improvement of rural infrastructure, decrees that provision of services in the sphere of agro-ecotourism can be performed by natural persons permanently residing in single-family residential house or in a townhouse

Item 4.9 shall be amended to add the following wording: “National budget shall finance mapping of the boundaries of land plots allotted to peasant farms for family farming, legalization of rights to agricultural land plots and bonus payment to purchase prices applicable for purchase of agricultural commodities form smallholders”.

This Agreement provides for cooperation in the field of state property management and privatization, land relations, sectoral geodetic activities, state registration of immovable property, rights thereto and transactions therewith, land valuation, keeping of relevant inventories, registers and records will be implemented in accordance with national legislation of the Parties in the following ar

The Parties, in accordance with the legislation of the Parties, and within the limits of their competence, will cooperate in the following areas: (a) exchange of information, periodicals, methodical, scientific- technical literature, the results of scientific research, video, photo and other materials; (b) planning, developing and conducting of joint workshops, seminars, conferences, training c

Amends: Decree No. 94 of the Ministry of Natural Resources and Environmental Protection regarding some issues of management of protected areas. (2008-10-29)

The cooperation envisaged in this Agreement shall be carried out in the following areas: (a) exchange of scientific, technical and production information; (b) implementation of joint research, experimental and production work; (c) joint aerospace surveys required for both Parties, and the exchange of data related to distant zoning of the Earth; (d) training and skills development for implementa

The purpose of this Agreement is to create a transboundary biosphere reserve "West Polesie", consisting of three national biosphere reserves, and cooperation on protection and sustainable development of the region in conformity with UNESCO's "Man and the Biosphere" (MAB) program.