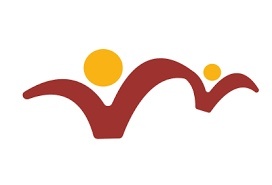 The name 'Vikalp Sangam' is Hindi for 'Alternatives Confluence'.

As the world hurtles towards greater ecological devastation, inequalities, and social conflicts, the biggest question facing us is: are there alternative ways of meeting human needs and aspirations, without trashing the earth and without leaving half of humanity behind?

Across India (as in the rest of the world), this question is being answered by a multitude of grassroots and policy initiatives: from meeting basic needs in ecologically sensitive ways to decentralised governance and producer-consumer movements, from rethinking urban and rural spaces towards sustainability to struggles for social and economic equity. (Watch a slidehow showing how our lifestyles are trashing the earth and some of the alternatives that have come up.)

Unfortunately, documentation and public awareness of such initiatives in India is poor. There are very few attempts to consolidate and present in a cohesive manner, the range of these alternatives.

We offer this website as one response to these gaps. It hopes to feature alternatives in the full range of human endeavour as they take place in India, and through this to help build bridges amongst them, learn from each other, and together present a challenge to the mainstream system. This is part of a larger process in which the co-host organizations are involved, at networking alternatives in India and internationally.

Alternative initiatives featured here can be practical activities, policies, processes, technologies, and concepts/frameworks. They can be practiced or proposed/propagated by communities, government, civil society organizations, individuals.

It is proposed that alternatives are built on the following spheres (or overlapping spheres) seen as an integrated whole; in this or other forms these have been expressed by many in the past, but are re-emerging in the new contexts of the 21st century:

Of course no single initiative may have all these features, but even if they have one they are worth featuring here, so long as they are not seriously threatening the others. For instance, we may not put up a brilliant new green technology that is so expensive it will be usable only for the rich, unless it also has potential to reach the poor. Or a greening initiative by a communally fundamentalist organization. Or a radical political experiment that is bent on clearfelling a forest to make its point. There will always be greys in the spectrum of alternatives, but we will learn as we proceed how to distinguish genuine attempts from superficial or counterproductive ones.

India is currently among the most affected countries by COVID19, recording over 6 million cases, by September 30 2020. The pandemic and lockdown measures have had a drastic impact on a large population of poor and marginalisedcommunities, causing loss of livelihoods and employment, food insecurity and socio-economic distress.