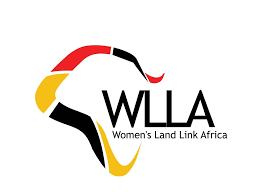 Women's Land Link Africa (WLLA) is a joint regional partnership project that was launched in 2004. The WLLA was founded on the principal that all who are truly dedicated to improving the situation for women's land and housing rights (and to doing so in a manner which is both sustainable and stakeholder-driven) can and must link in complementary ways. The WLLA supports and strengthens linkages between regional stakeholders focused on improving women's access to, control over and ownership of land and housing in Africa. Working in isolation has rarely improved situations. In unity there is strength; in cohesiveness, the promise of real change to come. The WLLA does not re-create efforts on women's land and housing rights - rather it works to support and expand those efforts that are already successful or have the potential for success.

WLLA is part of Huairou Commission (HC) and the role of the HC within the WLLA project is to engage women-led grassroots organizations and grassroots focused non-governmental organizations into a regional network and peer-learning community focused on housing, land and property issues. WLLA project partners include the Huairou Commission (HC) and the Centre on Housing Rights and Evictions (COHRE). The twenty-one grassroots women's organizations and community-based groups located in 14 Sub-Saharan countries that are actively involved in the Women's Land Link Africa (WLLA) partnership initiative have been making great strides in their efforts to secure women's access to land and housing through community mapping, local dialogues, watchdog groups, peer exchanges and community paralegal training. The WLLA has grown exponentially in just four and a half years, from four groups in three countries in Year 1, to twenty-one groups in fourteen countries by Year 5, in 2009. The last two years in particular have seen substantial growth in the results and impacts being yielded by grassroots women's groups. In each activity undertaken, grassroots women were at the heart of the struggles, documentation and the formulation of future policies and recommendations.

Includes background to women’s land rights in Zambia; policy and legal reforms of the1990s; key findings – gender insensitivity on land laws and policies, the high cost of legal fees to handle land disputes, the limited benefits of title deeds for women, lack of awareness on land policy process, land grabbing and disinheritance, lack of security of tenure, lack of access to justice; conclusions and recommendations.

Includes background to women’s land rights in Uganda; lack of information; prevailing cultural attitudes that discriminate against women; lack of formal land ownership by women; lack of participation of women in land policy formulation; exclusion of women in matters of land inheritance; lack of access to justice; gaps in the ongoing land reform process; conclusions and recommendations.