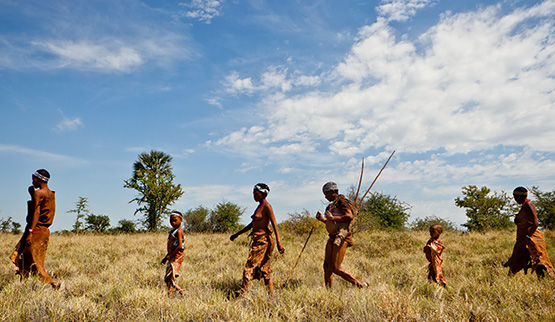 Since 1966, after independence, Botswana has become a relatively stable and prosperous country where the population has access to clean water, education and health care. 58% of the population lives in urban areas, while the rest lives in rural areas characterized by a low level of production and income (97% of all poor live in rural areas) due to the harsh climatic conditions, limited arable land and fragile ecosystems.

The State Land Act of 1966 provides the management of state land by the central government and local councils, and allocates urban land to individuals and entities. The Tribal Act of 1966 vests tribal land in the citizens of Botswana and grants administrative power over the land of the 12 district Land Boards. The Land Boards can allocate land, cancel customary rights and rezone agricultural land for commercial, residential and industrial uses. It also introduced certificates that provide evidence grating rights and allows for common-law lease applications for the use of land, which are used to obtain mortgages. The Land Boards, according to the Tribal Grazing Lands Policy of 1975, also have the authority to grant private individuals and entities exclusive leasehold rights to tracts of formerly unfenced, communal land, regardless of tribal affiliation.

Customary law in Botswana provides tribe members with a right of avail, which is the right to be allocated residential, arable, and grazing land based on tribal membership. Tribal members receive land at no cost and have continuing rights to the land so long as they use it in accordance with the purpose of the allocation. However, the customary and formal land rights systems do not prevent land disputes over access to land, grazing land, and forests are increasing in frequency.