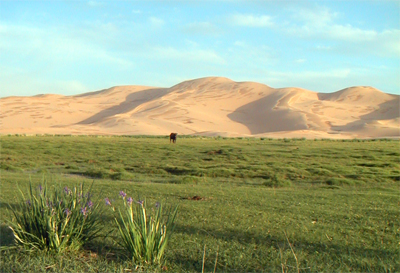 In the last two decades, Mongolia started a transition from a centrally planned economy to a free market economy. This change had led to ambiguous land rights, confusion over governance and increasing inequality in asset holdings, particularly for women. The agricultural sector accounts for the 23% of the national GDP, 43% of the population is rural and the 46 % of the rural population is poor.

The Constitution of 2002 established the rights of fair acquisition, possession and inheritance of property. It gives the state the right of eminent domain, prohibits ownership of land by foreign citizens and recognizes the rights of the Mongolian people to a safe and healthy environment. In addition, the Land Law of 2002 sets several provisions aiming at clarifying land rights and preserving pastures, and the Law on Mongolian Citizens’ Ownership of Land regulates the allocation of land for ownership, types and sizes of land that can be owned and defines the responsibilities of local administrations.

Disputes over land in Mongolia involve competing claims to water and pasture use, land distribution the expansion of protected areas for the inclusion of customary grazing areas, the property rights in areas of mining exploration and extraction. Disputes between individuals and the state are generally resolved by the governor of the higher level, while disputes between private individuals are settled by the local governor.