The vision of the Land Portal Foundation is to improve land governance to benefit those with the most insecure land rights and the greatest vulnerability to landlessness through information and knowledge sharing.

The European Commission represents the general interest of the EU and is the driving force in proposing legislation (to Parliament and the Council), administering and implementing EU policies, enforcing EU law (jointly with the Court of Justice) and negotiating in the international arena.

As a service provider in the field of international cooperation for sustainable development and international education work, we are dedicated to shaping a future worth living around the world. We have over 50 years of experience in a wide variety of areas, including economic development and employment promotion, energy and the environment, and peace and security. The diverse expertise of our federal enterprise is in demand around the globe – from the German Government, European Union institutions, the United Nations, the private sector, and governments of other countries.

Welthungerhilfe is one of the largest private aid organisations in Germany, independent of politics and religion. It was established in 1962, as the German section of the "Freedom from Hunger Campaign", one of the world's first initiatives aimed at the eradication of hunger.

LANDac, the Netherlands Academie on Land Governance for Equitable and Sustainable Development, is a partnership between Dutch organizations working on land governance. The partners are the International Development Studies (IDS) group at Utrecht University (leading partner), African Studies Centre, Agriterra, the Sociology of Development and Change (SDC) group at Wageningen University, the Land Portal Foundation, HIVOS, the Royal Tropical Institute (KIT), the Netherlands Ministry of Foreign Affairs, and Enclude Solutions.

Language of the event:
English

Securing land rights is critical for realizing sustainable food systems that provide food security and overcome poverty. Security of property rights is central to preserving livelihoods, maintaining social stability, and increasing incentives for investment and for sustainable, productive land use.

Secure land tenure provides women, indigenous peoples, pastoralists and others with incentives to invest in land improvements and also enables farmers to increase access to financial services,  government programs and social safety nets, particularly for women. Land rights are also key to enabling poor women and men to exercise the fundamental right to be free from hunger and poverty, and to live in dignity. Additionally, at the international level, frameworks such as the Principles for Responsible Investment in Agriculture and Food Systems and the Voluntary Guidelines on the Governance of Tenure have been developed to guide agricultural investments so that they contribute to, rather than undermine, food security.

This Global Independent Dialogue was convened by the Land Portal Foundation to draw attention to improved land governance as a cross-cutting thread that underpins success of the Summit’s 5 Action Tracks. The Land Portal Foundation partnered with the European Commission, the International Land Coalition (ILC),  LANDac - The Netherlands Land Academy, RVO, and Welthungerhilfe as Co-Convenors.

The dialogue included a plenary session that features eminent speakers, which was followed by facilitated discussions on key actions necessary to obtain secure tenure and thus achieving sustainable food systems for women, indigenous peoples and pastoral communities. The aim was to reach a concrete set of resolutions from a diverse range of stakeholders that will feed into the Food Systems Summit. 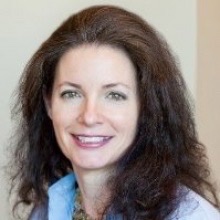 Karol Boudreaux is the Senior Land and Resource Governance Advisor at USAID where she supports USAID Missions, Bureaus and Offices to design, develop and implement activities to secure land rights and to create policies that reflect the key role land plays in promoting development objectives. Karol, a lawyer, was previously Chief Program Officer at Landesa, a global non-profit that works on land issues around the world and she also previously served as the Africa land tenure specialist with the U.S. Agency for International Development’s (USAID). She has published widely on topics related to land tenure and  property rights and earned her B.A. from Douglass College, Rutgers University, and her J.D. from the University of Virginia. 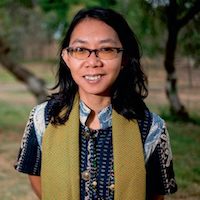 Mina Susana Setra is an indigenous woman leader (Dayak Pompakng) from West Kalimantan, Indonesia. She is currently the Deputy to Secretary General of AMAN on Social Culture Affairs. AMAN (Indigenous Peoples Alliance of the Archipelago – Indonesia) has 2,373 indigenous communities as active members.  For 18 years, Ms. Setra has worked on indigenous issues locally, nationally and internationally. 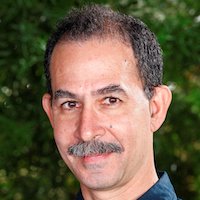 Food and Agriculture Organization of the United Nations (FAO)

David comes to the Forest and Farm Facility from serving as a Senior Advisor to the Climate and Land Use Alliance (CLUA) and senior consultant to the Latin American Regional Office of the FAO. He brings to the position extensive experience as a manager, rural policy analyst, grant-maker, communications strategist, and fund-raiser, including extensive work with diverse forest and farm producer organizations and other grassroots rural groups. He previously directed the Ford Foundation’s global work on natural resources and climate change and served as Director General of the Center for International Forestry Research (CIFOR).

Commissioner of Land Use and Management

Hon. Ellen Olounfe Pratt is the Commissioner of Land Use and Management with the Liberian Land Authority. Commissioner Pratt is an executive management professional and a certified urban planner with a specialization in urban infrastructure development, who has over 20 years’ experience in public and private sector institutions, both in the US and Liberia. As one of five Commissioners of Liberia’s newly legislated land agency, Commissioner Pratt is charged with the development of a National Land Use Planning and Management Framework, which will be the first comprehensive land planning strategy developed in Liberia. 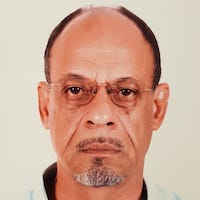 João Carrilho, with a professional background in Civil Construction and Agricultural Development, holds a MSc. in Remote Sensing and is a research assistant at the Observatório do Meio Rural, and a member of the National Land Policy Review Committee. He coordinated land projects from 2011 to 2016, implementing community land delimitations and systematic land tenure rights regularization. He managed rural finance projects from 2006 to 2011. Carrilho was Vice-Minister of Agriculture and Rural Development from 2000 to 2005, and the Chairperson of the Institute of Rural Development from 1996 to 1999. From 1975 to 1995, he worked at village, provincial and national levels in rural infrastructure, agricultural extension, and training.