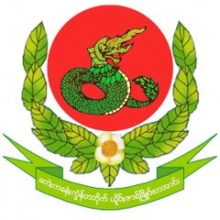 In 1963, the Palaung State Liberation Party (PSLP) started to fight for self-determination and equal rights for the Ta'ang (Palaung) people. In 1991, they made a cease-fire with the Burmese regime. However, some PSLP leaders who were dissatisfied did not accept the cease-fire agreement and formed the Palaung State Liberation Front (PSLF) in the Karen area in Manaplaw in 1992.

Some of the PSLF members wanted to support Ta’ang youth, and established the Palaung Students and Youth Organization (PSYO) on the Thai-Burma border in 1993. The name was changed to the Palaung Youth Network Group (PYNG) during the second meeting on 27 December, 1998.

In March 2007, the first Congress of PYNG was successfully held in a liberated area on the Thai-Burma border. The Congress elected 7 Executive Committee members to lead the first Congressional term of PYNG by secret ballot through a democratic voting system.

In December 2008, the second Congress of PYNG changed the name of the organization to Ta'ang Students and Youth Organization (TSYO).  While Palaung is a Burmese term, Ta’ang is our own term, in our language.  During this Congress, we also changed the structure of our organization from a Coordinator system to a Secretary system. By secret ballot, the Congress elected 7 Executive Committee members to lead the second term of TSYO.

During our third Congress in December 2010, we held elections for Executive Committee and Secretary Positions, and reviewed our departments, programs, and Constitution.  After thorough consideration, we expanded our Executive Committee from 9 to 11 members in order to strengthen the leadership of our programs and organization.

Background of the Ta'ang people

TSYO’s mission is to work for peace, justice and equality, to build a democratic country, and to improve the lives of our students, youth, and all Ta’ang people.

·To promote the capacity of Ta'ang students and youth by working on capacity building training.
·To cooperate with democratic organizations, national revolution movements, international youth and      women's organizations, and our Ta’ang people for the shared struggle to bring about positive change in Burma.
·To preserve and promote traditional Ta’ang culture and literature.
·To reduce the growth, trade, and use of opium and other drugs in the Ta’ang region.
·To provide education on, and increase public awareness of, health care through peer education in the Ta’ang region.
·To advocate to the international community and alliance groups to reduce human rights violations in the Ta'ang region.
·To protect natural resources and the environment in the Ta’ang region.
·To promote education and to increase the skills and abilities of Ta’ang youth.
·To increase support for our projects and activities from our local communities.
·To work, through awareness raising activities, against the dictatorship and move toward building a peaceful federal democratic state.

The poster presents an overview of land, livelihoods and customary practices in Man-hsat Village, Northern Shan State, Myanmar. This poster is one of a five village case studies produced by partner organizations during field-based training on how to document customary tenure systems, supported by MRLG.