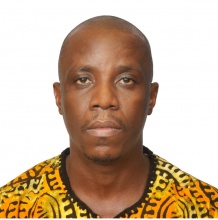 Silas Siakor is actively working with the Government of Liberia and civil society organizations, directly coordinating efforts to bring more than 1 million hectares of land under local communities’ control and ownership by the end of 2021. He has championed community forest and land rights in Liberia for about two decades. For his work, he has received several international awards, including the Whitley Award for Environment and Human Rights in 2002 (UK), the Goldman Environmental Prize in 2006 (US), Award for Outstanding Environmental and Human Rights Activism from the Alexander Soros Foundation (US), Mundo Negro Fraternity Award in 2018 (Spain) and was among Time Magazine’s Heroes of the Environment in 2008. Silas founded the Sustainable Development Institute (SDI) in Liberia and served as its first Director from 2005 to 2009. He also stars in the award-winning 2018 documentary ‘Silas’, that was screened at IDFA and in various movie houses in the Netherlands and beyond in 2018. Silas joined IDH in 2015, leads IDH work on land governance, coordinating Participatory Land Use Planning and Customary Land rights formalization, and now serves as Country Manager.

My name is Silas Siakor and I am the Country Manager at IDH, The Sustainable Trade Initiative in Liberia. I have worked on natural resource governance for the past 20 years - with a focus on land and forest. I am deeply honored to speak at this year’s conference to share some reflections based on the Liberian experience and to send a clarion call to civil society, academia, and private sector to step up and do more to strengthen land governance. The future of our planet depends on it.