This is our former Country Insights digest, now re-branded What to Read to make justice to its content.

In the wake of increasing media attention to climate change impacts and rising sea levels, African metropoles, such as Lagos, have slowly moved into focus. That said, urban African spaces have continuously faced numerous prejudices since colonial times. Portrayed as “exotic colonial” places or more recently as “Afropessimist” cities with images of poverty, slums, corruption, and violence. Yet, this does not reflect the complex realities and challenges of urban centers in Sub-Saharan Africa which are sprawling, undergoing constant change, and whose residents face everyday precarious situations but also infinite opportunities for entrepreneurship.

Reflecting on this, I introduce you to three recent articles that take a different view on urban Africa including innovative ways to secure tenure in cities, obstacles to urban agriculture, and insights into the agency and opportunities of urban refugees. It’s a selection particularly helpful to those working on and researching urban tenure and development. The literature selection draws on a wide range of cases from South Africa, Kenya, Zambia, Ivory Coast, Tanzania, and the Democratic Republic of Congo. These insights may hopefully contribute to a more diverse representation of urban spaces in Sub-Saharan Africa in the future.

Publications reviewed in this issue: 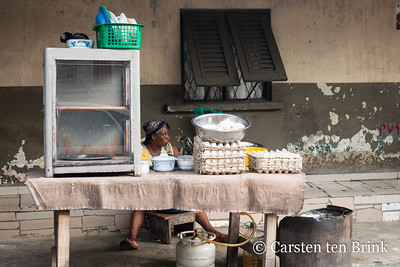 In 2019, Cities Alliance launched the initiative “Securing Tenure in African Cities”, which invited NGOs and social entrepreneurs to submit innovative small-scale approaches to securing land rights with emphasis on informal urban settlements. The report evaluates and highlights lessons learned from the five chosen projects: Drones for land clarification and the empowerment of women (Democratic Republic of Congo), e-service techniques to speed up the issuance of permits for informal vendors and small businesses in public spaces (Ivory Coast), platform for digital land data collection to help citizens obtaining certificates of occupancy (Tanzania), Transaction Support Center as a walk-in-advice office for low-income households to formalize property rights (South Africa), and upscaling the Social Tenure Domain Model to promote integrated and sustainable land use as a response to eviction threats in informal settlements (Kenya).
As opposed to top-down approaches, the evaluation finds that small-scale solutions can largely contribute to simplify, modernize, and facilitate a more inclusive, transparent, and effective land tenure management. There are four main findings:

First, modern, easy-to-use, and accessible technology is a key driver for equitable land management if it is adopted effectively and linked with social dialogue.

Second, the engagement of the community and local (or national) governments proved to be pivotal. Based on the idea of evidence-based empowerment, communities in the various projects were either actively engaged as clients or data providers, or both.

Third, the evaluations show that any land-related intervention needs to take questions of gender equality into account to be successful. This can either be done by focusing specifically on women’s (limited) access to land management systems and their specific needs, or through women’s empowerment.

Fourth, the report calls for sustainability in the sense of replication and upscaling. This may range from engaging in lobbying and policymaking, consistent systematization and diffusion of results and advocacy, consequent buy-in from governments to building long-term partnerships with stakeholders from civil society, academia, or the private sector, as well as updating and adapting technology.

Read the full publication and see the the projects' key outcomes are summarized in this video. 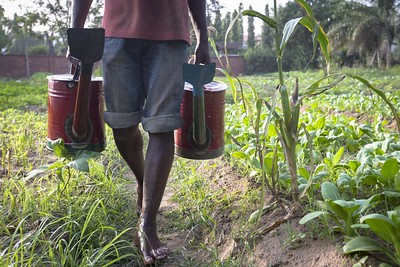 This quantitative study allows original insights into urban agriculture in medium-size African cities. The authors do not only explore the link between urban agriculture and food security but also highlight the obstacles for urban agriculture. The analysis stands in stark contrast to other publications in the field, that tend to be single case studies in urban metropoles. Closing this research gap, the authors argue that smaller towns in Sub-Saharan Africa will play a major role in the future and are hence key for early intervention by policymakers. The study’s results may contribute to mainstreaming pro-urban agriculture policies that allow households to produce, sell, and access food in various ways.

The survey spans over 18 urban areas ranging from 5,000 to 200,000 inhabitants in Zambia and Kenya with emphasis on low- and middle-income households. Almost 2,700 households were interviewed of which one third engaged in urban agriculture. The statistical analysis found a modest link between urban agriculture and food security and furthermore revealed three main barriers.

First, households in planned settlements are less likely to engage in urban agriculture for they have better access to infrastructure and services which have a positive impact on food security in general.

Second, the analysis of the Zambia sample shows that households that were renting their properties were less likely to practice urban agriculture.

Third, the regressions show that shorter distances to food retailers decreases the likelihood of engaging in urban agriculture.

Figurations of Displacement in and beyond Tanzania: Reflections on protracted displacement and translocal connections of Congolese and Burundian refugees in Dar es Salaam 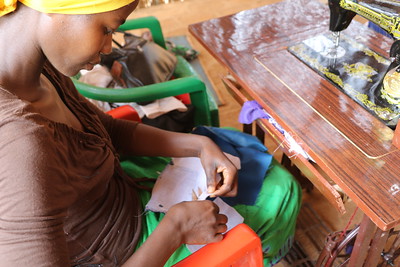 This last piece offers an in-depth and much needed differentiated analysis of rural women’s tenure experiences. In sharp contrast to most writings and land rights campaigns, the authors show how important it is to look beyond simplified gender images, in which men and even more so women are seen as homogenous groups. Although the publication takes a broader approach, its findings are key to better understand the challenges of invisible and excluded women in formalization campaigns.

Chigbu et al. analyze how the different statuses, needs, and challenges of women in rural Nigeria, Ghana, and Zimbabwe shape their access to land. The comparative study brings to the fore in which ways female membership in diverse cultural, ethnic, religious, and economic groups as much as their marital status affect women’s tenure security. The authors develop a matrix of the various factors and provide a visualization of women’s differentiation presenting potential entry points for actions.

What is more, Chigbu et al. not only show that laws and policies in the case study countries failed to address women’s land rights from a heterogeneity perspective but present an adaptable approach for mainstreaming differentiation among women in land tenure policies and interventions. This offers a starting point to specifically include the specific needs and challenges women face in informal marriages or subsequent women in polygamous contexts in the future.