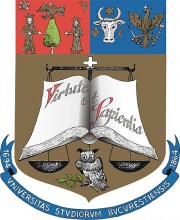 The University of Bucharest offers study programmes in Romanian and English and is classified as an advanced research and education university by the Ministry of Education. In the 2012 QS World University Rankings, it was included in the top 700 universities of the world, together with three other Romanian universities.

This is an empirical study of economic measurement of the optimal size of
seven cities in West Sumatra region, Indonesia. The empirical findings are quite interesting
since the calculated optimal city size does not result in a single measure as mostly
previous studies found, but they vary in accordance with the economic approaches used.

Urbanization in Spain has advanced rapidly in the last twenty years or so. The phenomenon was particularly pronounced in the period spanning 1990-2007, when the construction of housing on a mass scale was a clear indicator of the second circuit of capital accumulation, with space playing a key role through the work of David Harvey.

The emergence of GIS and the availability of high resolution geographic data have improved our ability to investigate the residential segregation in cities and to identify the temporal changes of the spatial phenomena.

Urban footprint refers to the proportion of paved surface (built up, roads, etc.) with the reduction of other land use types in a region. Rapid increase in the urban areas is the major driver in landscape dynamics with the significant erosion in the quality and quantity of the natural ecosystems.

Richmond, Virginia has implemented numerous mixed land-use policies to encourage non-private-vehicle commuting for decades based on the best practices of other cities and the assumption that land-use mixture would positively lead to trip reduction. This paper uses both Geographical Information Systems (GIS) and statistical tools to empirically test this hypothesis.

Urban sprawl has become a remarkable characteristic of urban development worldwide in the last decades. Urban sprawl refers to the extent of urbanization, which is a global phenomenon mainly driven by population growth and large scale migration. In developing countries like Iran, urban sprawl is taking its toll on the natural resources at an alarming pace.

Immediately after the 1967 war and the occupation of the West Bank and Gaza the national religious youngsters (Gush Emmunim settlers) reached out to settle the new frontier of the biblical places. By thus, they have developed a Messianic myth. The interpretation of Gush-Emmunim settlers’ experience of landscapes reveals a complex and contradictory structure of sense of space.