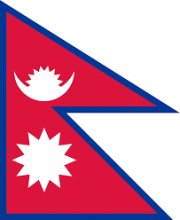 During the late 18th-early 19th centuries, the principality of Gorkha united many of the other principalities and states of the sub-Himalayan region into a Nepalese Kingdom. Nepal retained its independence following the Anglo-Nepalese War of 1814-16 and the subsequent peace treaty laid the foundations for two centuries of amicable relations between Britain and Nepal. (The Brigade of Gurkas continues to serve in the British Army to the present day.) In 1951, the Nepali monarch ended the century-old system of rule by hereditary premiers and instituted a cabinet system that brought political parties into the government. That arrangement lasted until 1960, when political parties were again banned, but was reinstated in 1990 with the establishment of a multiparty democracy within the framework of a constitutional monarchy.

An insurgency led by Maoists broke out in 1996. The ensuing 10-year civil war between Maoist and government forces witnessed the dissolution of the cabinet and parliament and the re-assumption of absolute power by the king in 2002. A peace accord in 2006 led to the promulgation of an interim constitution in 2007. Following a nationwide Constituent Assembly (CA) election in 2008, the newly formed CA declared Nepal a federal democratic republic, abolished the monarchy, and elected the country's first president. After the CA failed to draft a constitution by a May 2012 deadline set by the Supreme Court, then-Prime Minister Baburam BHATTARAI dissolved the CA. Months of negotiations ensued until March 2013 when the major political parties agreed to create an interim government headed by then-Chief Justice Khil Raj REGMI with a mandate to hold elections for a new CA. Elections were held in November 2013, in which the Nepali Congress won the largest share of seats in the CA and in February 2014 formed a coalition government with the second place Communist Party of Nepal-Unified Marxist-Leninist and with Nepali Congress President Sushil KOIRALA as prime minister. Nepal's new constitution came into effect in September 2015.

Nepal is a federal parliamentary republic.

This Act, consisting of 6 Chapters, may be called "Mediation Act, 2068. It establishes administative and legal proceedings related to any dispute that may be settled through mediation: In case, any agreement provides for the settlement of dispute through mediation, the dispute concerned with that agreement or a dispute arisen under that agreement shall be settled according to the procedure prescribed in the agreement, if any.