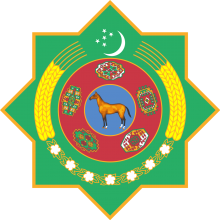 Present-day Turkmenistan covers territory that has been at the crossroads of civilizations for centuries. The area was ruled in antiquity by various Persian empires, and was conquered by Alexander the Great, Muslim armies, the Mongols, Turkic warriors, and eventually the Russians. In medieval times, Merv (located in present-day Mary province) was one of the great cities of the Islamic world and an important stop on the Silk Road. Annexed by Russia in the late 1800s, Turkmenistan later figured prominently in the anti-Bolshevik movement in Central Asia. In 1924, Turkmenistan became a Soviet republic; it achieved independence upon the dissolution of the USSR in 1991. Extensive hydrocarbon/natural gas reserves, which have yet to be fully exploited, have begun to transform the country. The Government of Turkmenistan is moving to expand its extraction and delivery projects and has attempted to diversify its gas export routes beyond Russia's pipeline network. In 2010, new gas export pipelines that carry Turkmen gas to China and to northern Iran began operating, effectively ending the Russian monopoly on Turkmen gas exports. Subsequently, decreased Russian purchases, as well as limited purchases by Iran, have made China the dominant buyer of Turkmen gas. President for Life Saparmurat NYYAZOW died in December 2006, and Turkmenistan held its first multi-candidate presidential election in February 2007. Gurbanguly BERDIMUHAMEDOW, a deputy cabinet chairman under NYYAZOW, emerged as the country's new president; he was reelected in February 2012 with 97% of the vote, in an election widely regarded as undemocratic.

This Law regulates relations in the sphere of identification, conservation, management, promotion, public protection, import and export of the objects of cultural heritage thus ensuring the right of Turkmen people to conservation and development of its national identity. Objects of historical and cultural heritage shall be considered those created fifty and more years ago. The Cabinet of Ministers shall set forth rules and regulations concerning ownership, management and disposal of the object of historical and cultural heritage.

The constitution was approved by the People's Council.

This Law establishes the forms of property and ownership, legal and economic grounds in the sphere of property relations, and sets forth terms and conditions of the origin of property rights, ensuring protection and conservation of property. Objects of ownership can be land, subsoil, mining allotment, water resources, air space, forest fund, flora, fauna, and intellectual property.

The Parliament decrees to establish that Land Code shall be applicable to land relations beginning from December 1990, except for land relations envisaged by the articles 37-40 of Land Code to which the provisions of Land Code shall be applicable from 1 January 1991. Citizens who are not workers of agricultural enterprises and legal persons who are provisional tenants of the plots of agricultural land allotted thereto by agricultural enterprises before 1 December 1990 shall maintain the right of land tenure and land ownership.

Amends: Resolution concerning measures for the implementation of the Decree of the President of the Republic of Tajikistan concerning realisation of the right to use land (No. 244 of 1998). (1998-07-27)

Article 33 shall be supplemented with the following wording: “Lease payment for agricultural land shall be calculated in accordance with quality and location of the plot of land and cadastre valuation thereof”.

In the whole text of the Law the wording “the State Committee on Land Reform and Land Survey” shall be substituted with the wording “Ministry of Agriculture”.