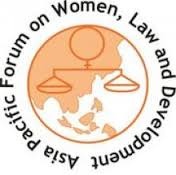 APWLD developed from dialogues among Asia Pacific women lawyers, social scientists and activists, which began at the 1985 Third World Forum on Women, held in Nairobi, Kenya. The women participating in the dialogues recognised that while law is used as an instrument of state control over resources, rights and even women’s bodies, it can also be used to help effect political and socio-economic changes in our societies.

Participants in these dialogues recognised that gaining the capacity to mobilise populations to understand the social, economic and political dimensions of women’s oppression and take collective action for change required a clear focus and strong organisation. In 1986, women-delegates from across Asia met in Tagaytay, Philippines to discuss the most pressing socio-legal issues facing women and to explore possible areas of collaborative action. The outcome of this meeting was the formation of APWLD, the first regional response to the challenges of Nairobi.

In 1986, women lawyers and other activists in the region formally launched APWLD and set up a secretariat in Kuala Lumpur, Malaysia. The Secretariat relocated to Chiangmai, Thailand in October 1997.

A Guidebook on Women Human Rights Defenders is aimed to help women human rights defenders name the specific risks, violations and constraints they face in their work.  It presents a practical discussion of the useful mechanisms developed by the state and also the civil society to provide redress and remedy, and to protect women human rights defenders.  It is intended to be used by human rights and other organisations to further a gender perspective in the monitoring and documentation of human rights.

Deportation from Thailand of Burmese migrants, half of whom are women