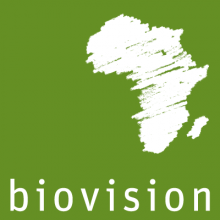 Biovision was founded in 1998 by Swiss World Food Prize recipient Dr. Hans Rudolf Herren, with the aim of sustainably improving life for people in Africa while conserving the environment as the basis for all life.

In the 1980s, the world renowned entomologist Hans Rudolf Herren saved millions of people in Africa from starving to death by devising organic control methods for a devastating cassava pest. He was awarded the World Food Prize in 1995 for his work – he is the first, and so far only, Swiss person to have received it.

Biovision Foundation combats hunger and poverty, and is committed to the dissemination and application of ecological methods that sustainably improve living conditions in Africa whilst also conserving the environment. Biovision renders ‚help for self-help‘ and promotes ecological thought and action in both North and South.

In 2012, Biovision became the first Swiss Foundation to be granted General Consultative Status at ECOSOC of the United Nations. This allows Biovision to take part in UN Conferences, participate in official discussions and organize side events in order to argue its case.

In 2013, Biovision and its founder Hans Rudolf Herren won the Right Livelihood Award, also known as the Alternative Nobel Prize.

Biovision Foundation is a charitable organization in Switzerland (ZEWO certified) and has a legal opinion for 501(c)(3) public charity equivalency in the United States.