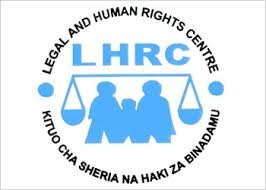 The Legal and Human Rights Centre (LHRC) is a private, autonomous, voluntary non-governmental, non-partisan and non-profit sharing organization envisioning a just and equitable society. It has a mission of empowering the people of Tanzania, so as to promote, reinforce and safeguard human rights and good governance in the country.  The broad objective is to create legal and human rights awareness among the public and in particular the underprivileged section of society through legal and civic education, advocacy linked with legal aid provision, research and human rights monitoring.

The Legal and Human Rights Centre (LHRC) was established in 1995 out of experiences and lessons generated from The Tanzania Legal Education Trust (TANLET) and the Faculty of Law of the University of Dar es Salaam (UDSM). The founders of the LHRC were young lawyers who had participated in the legal Aid Committee of the Faculty of Law of the University of Dar-es-salaam and its legal Aid camps. They were somehow disillusioned by the nature of the State and its policies which were increasingly departing from the interests of majority of the people. They observed increasing human rights violations such as, land evictions of Maasai pastoralists, human rights abuses to the people of Hanang whose land had been acquired by the government and turned into big wheat farms of NAFCO. There also were alarming numbers of citizens being in conflict with the law mainly due to ignorance of the law.  The human rights camps started to build awareness on Human Rights issues as clearly such issues were not known. TANLET founding members who were also public servants working as lecturers with the University of Dar es Salaam (UDSM) thought of the risks involved in challenging the State, hence the idea of setting an independent human rights centre.

Since then LHRC has grown to be known as a leading human rights organisation, human rights watch dog, pace setter, bold and serious organisation as well as flag bearer of human rights in Tanzania.[1]  LHRC’s headquarters are based in Dar es Salaam and has a sub office in Arusha. Its operations are mainly focused in Tanzania mainland with specific interventions in Zanzibar. LHRC is a member of different national, regional, international NGOs Networks and human rights bodies. The LHRC has an observer status with the African Commission on Human and Peoples Rights since 2000

Broad Objectives:  For the LHRC to be able to forge its way in the realisation of its mission, it has a broad objective of creating legal and human rights awareness and empowerment among the general public and, in particular, the underprivileged sections of the society through legal and civic education, advocacy, research, follow up of human rights abuses and provision of legal aid.